Kerala is known as, Gods Own Country, for its breath-taking beauty, and the city of Kochi lies on the South West Coast overlooking the Arabian Sea. For centuries Kochi has been a gathering place for merchants and tourists from various nations and people who have been here from Arabs to the Portuguese and British have all left their legacy and cultural imprints behind.

No trip to Kerala is complete without a visit to Kochi tourist places, for it is, the true essence of Kerala.

Today Kochi has emerged as one of the must destinations places to visit in Kerala and the cultural and historical significance of Kochi offers a variety of experiences in and around the Tourist Places to visit in Kochi.

Also called ‘Queen of the Arabian Sea’, the tourist places in Kochi are sure to take your breath away.

Kochi Tourism – Images of Best Places to Visit in Kochi 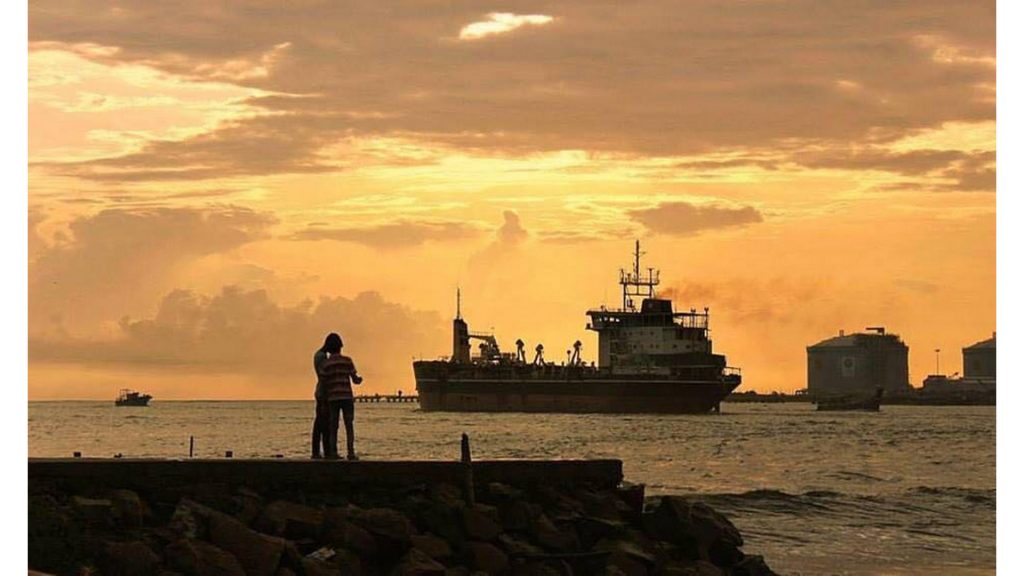 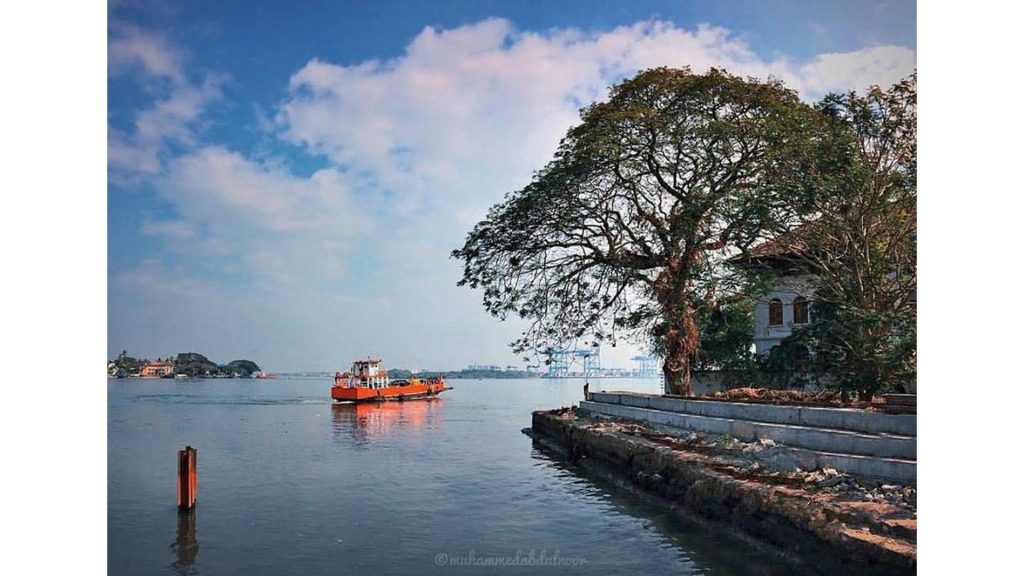 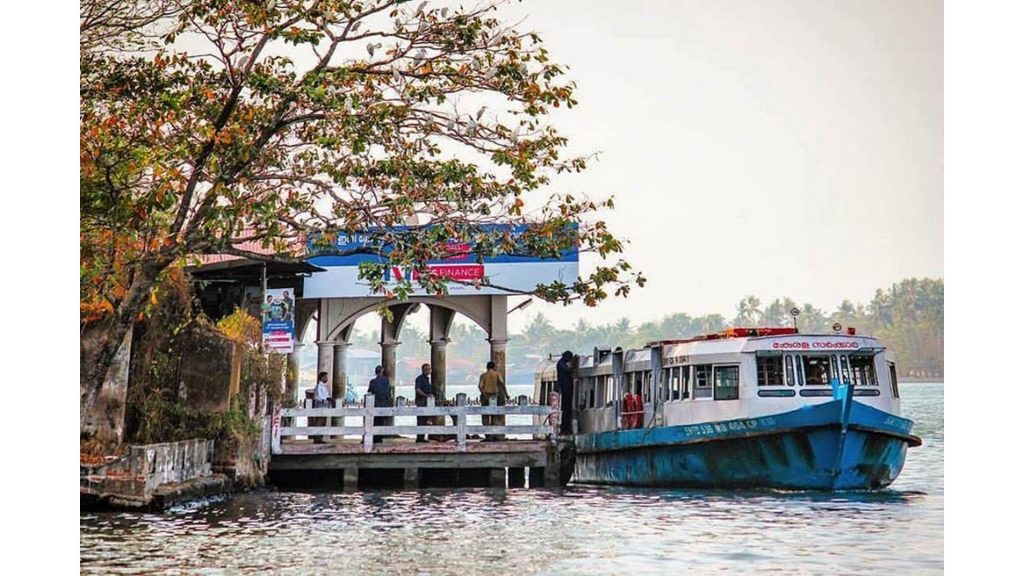 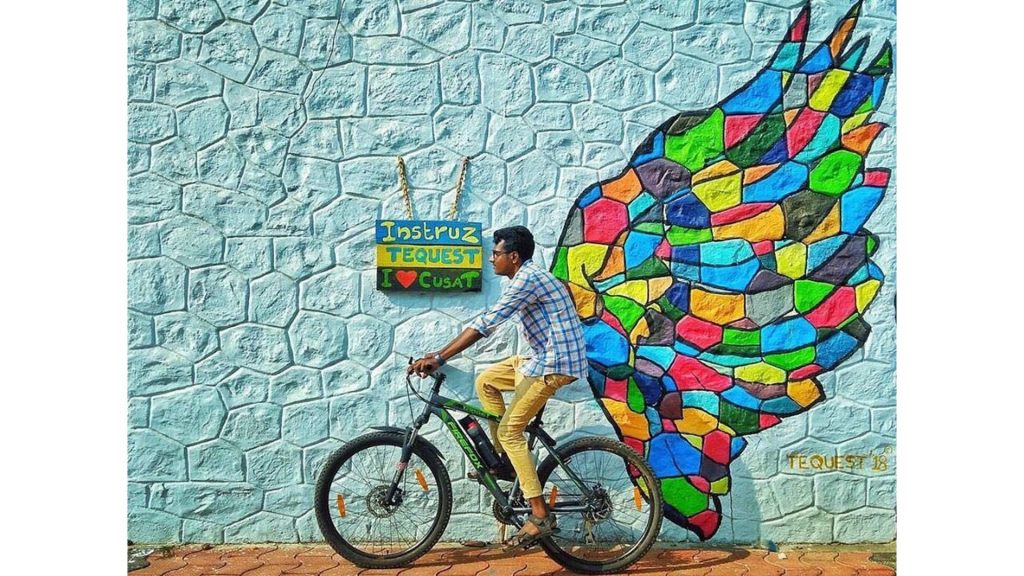 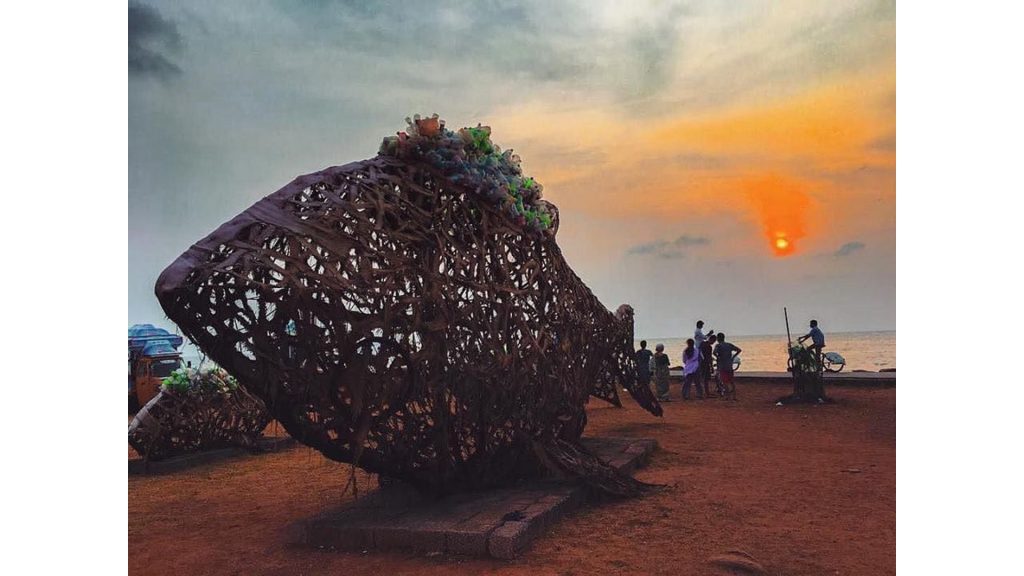 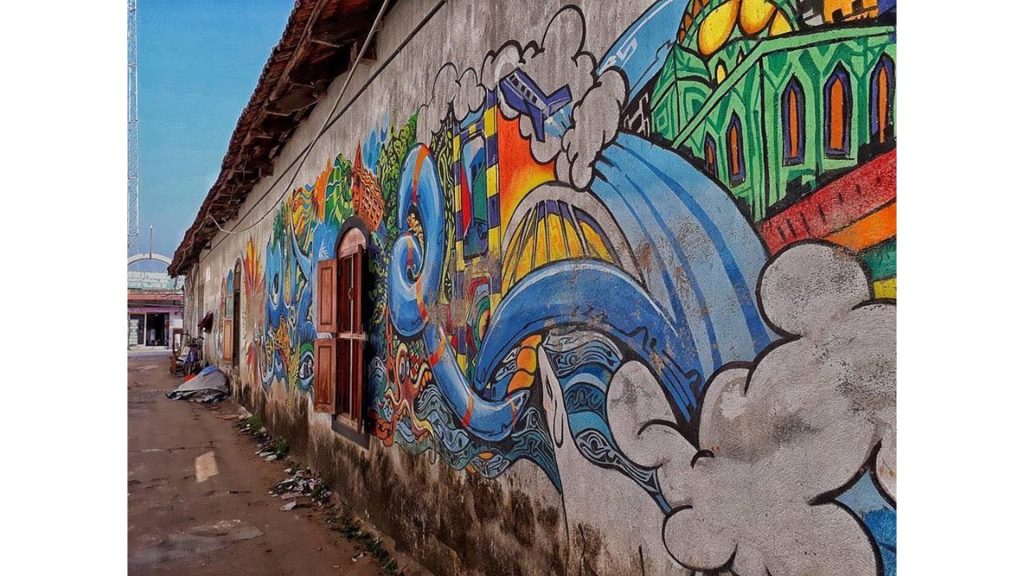 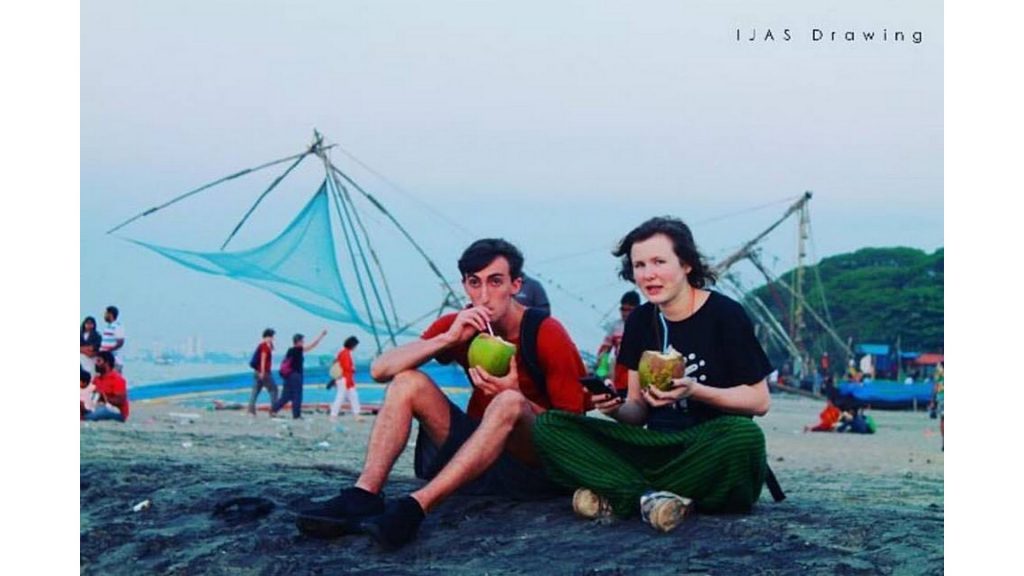 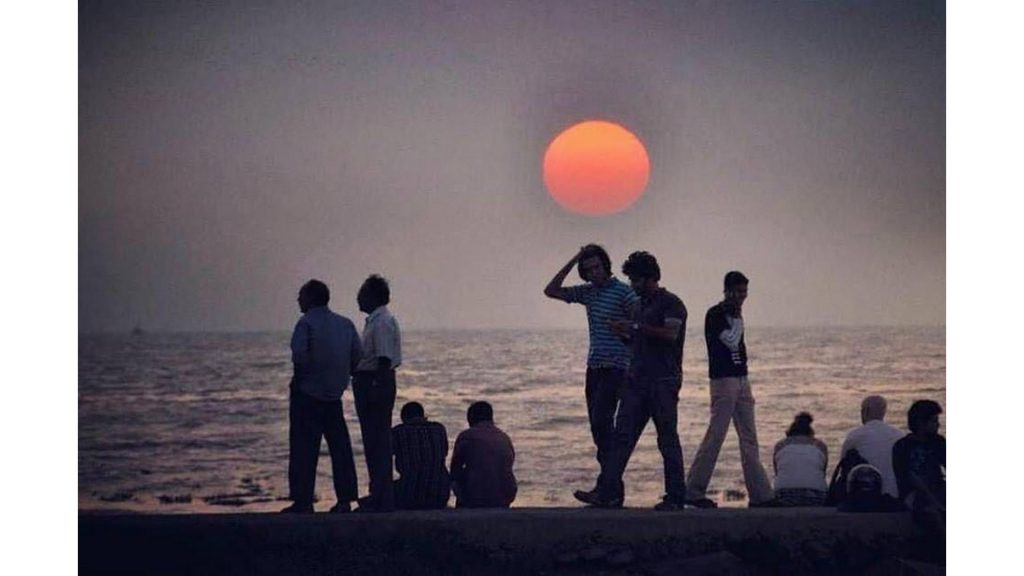 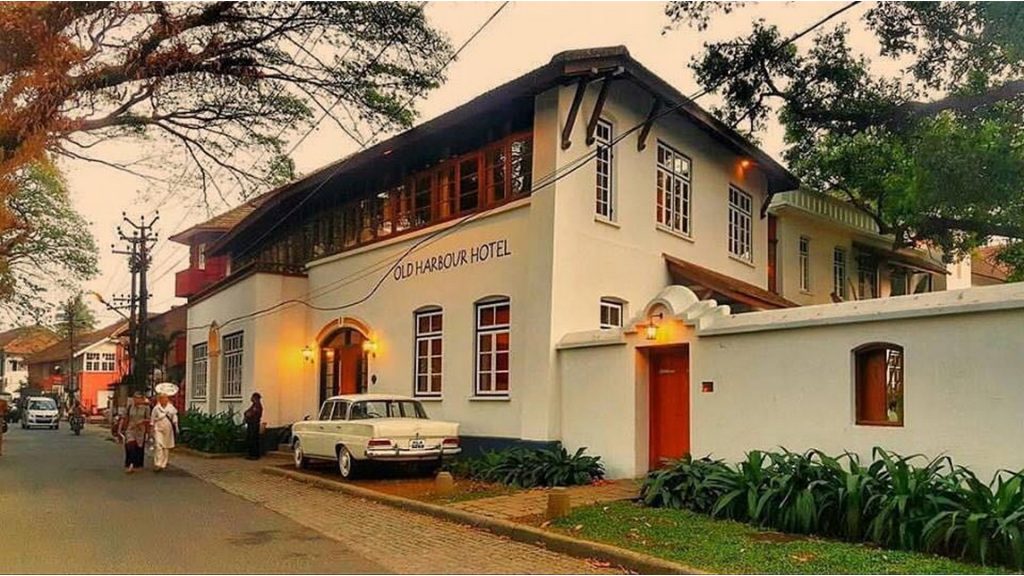 Here are must-visit tourist places in Kochi that you should not miss on a visit to Kerala if you are planning to enjoy Kochi Tourism.

St Francis Church which is one of the oldest built by Europeans in India and another landmark in this area is Vasco House where Vasco Da Gama is believed to have lived. Visitors can also enjoy walking along Fort Kochi Beach which may be the only beach in the state which has the presence of the Chinese fishing nets and which is also famous for Cochin carnival that is conducted on New Years eve. Fort Kochi is the first European township in India and also it is believed that Vasco Da Gama lived here.

Mattancherry is another fascinating area in Kochi. An eclectic mix of spices, handicrafts, culture, and food, Mattancherry is one of the most vibrant Kochi tourist places. The name mattancherry originated from the house name “Ancherry Mattam”, a Brahmin house that was pronounced by foreign traders as Matt-Ancherry. Mattancherry is a tourist spot in Kochi where Portuguese influence can be seen and in particular the Dutch Palace. Bolghatty Island is a short boat ride away from mainland Kochi and has Bolghatty Palace which is one of the oldest existing Dutch palaces outside Holland. Bolghatty Palace is now converted into a hotel and there is even a small golf course, a swimming pool, 9-hole golf course, ayurvedic center and daily Kathakali performances and is a popular resort to stay in for Indian and overseas tourists. Known for its long sandy beaches, Vypeen Island is one of the best tourist places in Kochi for local ferry tours.

Kochi also has India’s largest shopping mall in Edappally – Lulu Shopping Mall owned and operated by EMKE Group. For a shopping experience in Kochi there are lots of markets but a visit to Lulu Mall is a treat with air conditioning and 300+ food outlets, stores and restaurants.

There are both international brands as well as local specialties to see in this modern complex and there is also a premium five-star, 20-storey, 300 room hotel managed by JW Marriott Hotels is located adjacent to it, within the mall compound.

Located in the city of Kochi and has more than 100 big brands. You should definitely check it out.

Don’t forget to explore the tourist places outside Kochi too. There are tourist sports around Ernakulam which are very interesting such as the Church at Malayattoor. he name `Malayattoor’ is an amalgamation of three small words. Mala (Mountain) Arr (River) Oore (Place). This is to say, Malayattoor is a meeting place of mountain, river, and land.

The most famous tourist attraction in Malayattoor is the Malayatoor Church is situated atop the 609 m high Malayatoor Hill. The church on top of the hill is dedicated to St. Thomas, who is believed to have prayed at this shrine when he came to India.

This church is one of the most important Christian pilgrim centers in India.

The extravagant architectural style of the pilgrimage center at Malayattoor makes it one of the best Kochi tourist places. Vypeen Island is another island that is really popular among visitors to Kochi & Kerala. Vypeen is also the location of Pallipuram Fort which is the oldest surviving fort in India built by European settlers and was constructed in 1503.

Just off the Coast of Vypeen Island is Cherai beach which is among the best beaches in Kerala and which is a beach that is shallow, calm, and is ideal for swimming & sunbathing and is also known as Princess of Arabian Sea.

The charm of the popular getaway is enhanced by the palm-fringed backwaters and the frequent appearance of dolphins in the water makes it one of the most beautiful places to visit in Kochi. This beach is quite calm, and is ideal for swimming & sunbathing.

Kodanad Elephant Training Center which is a rural riverside village located near Periyar river is another must visit place if you are travelling to Kerala with children as kids may enjoy bathing elephants in the river . Watching elephants at an arms length is a wonderful experience and all part of coming to a beautiful place like Kerala. Kodanad is among the Ecotourism destination projects of Govt of India and currently is an Elephant rescue center for captured Elephants from the forests in the adjoining mountains.

This beach is quite calm, and is ideal for swimming & sunbathing.

Andhakaranazhi is still a virgin & lovely beach which is located at a distance of 30 km from Kochi towards Alleppey located near Ezhupunna and is among the best beaches near Kochi . You can see many fishing boats on the beach from the neighboring fishing village & fishing is the main activity of the village folks here.

The sight of local fishermen launching out the everyday morning in their country boats attacking the turbulent waves of the Andhakaranazhi beach is a must-see especially if you are planning for a houseboat trip from Kochi to Alleppey as the beach will fall on the way to Nehru trophy finishing point or to Kumarakom from which Kerala houseboat packages start. It is one of the calmest and serene places to visit in Kochi that is a must-visit.

Marine Drive as its name suggests in not a drive way through which vehicles can be driven , but a scenic promenade in Ernakulam which has the rainbow bridge that has become a symbol of Ernakulam as  among the best places to visit in Kochi.

The Marine Drive was built on the land reclaimed from backwaters and the initial plan was to build a beautiful road along the coast line but the coastline rules prohibited it because of which the road was converted to a walkway which also has a Chinese Fishing net bridge as well.

Private Boat operators offers hourly cruises starting from Marine Drive that goes through Cochin Harbour , Bolgatty and other places around.

The GCDA Shopping Complex near Marine drive is the first mall in Kochi and is a major shopping arcade in Ernakulam city.

Hill Palace was the abode of erstwhile Maharaja of Kochi and was converted by a Museum in 1986. The museum complex exhibits crown and ornaments of erstwhile Cochin royal family, paintings, sculptures in stone and marble, weapons, inscriptions, coins, etc and has an archaeological museum, a heritage museum, a deer park, a pre-historic park, and a children’s park.

The weapon gallery & horse cart gallery are really amazing. Being the largest archaeological museum of Kerala and the official residence of Cochin Maharaja, it is one of the best Kochi tourist places.

The Hill Palace Museum is opened to the public every day except Mondays and national /state holidays from 10 am to 12.30 noon and 2.00 pm to 5.00 pm and this is a must-visit for tourists who are interested in the culture and history of Kerala

When you visit the Museum of Kerala history in Edappally, you will be greeted by a statue of Parasurama, the sage who is said to have created Kerala. This is a monument to the history of Kerala and is one of the best tourist places in Kochi.

The museum is a quiet ethnic building hidden in the shades of huge trees and has an unassuming gallery that houses immortal creations that will give you glimpses of the glorious history and rich cultural legacy of Kerala.

The museum is open from 10 am to 5 pm on all days except Mondays and public holidays and the MNF Gallery of Paintings and Sculptures and the Centre for Visual Arts has paintings from Raja Ravi Varma, M F Hussain, folk painter Jamini Roy, abstract painter Manu Parekh, and mural maestro Mammiyoor Krishhan Kutty Nair. It is one of the oldest art and history museums in Kochi. Managed by the Madhavan Nayar Foundation. Must visit to know more about history.

Kochi, the queen of the Arabian Sea, boasts a multitude of cultures, people, and breathtaking beauty. On the first half of the 1-day cultural tour, you’ll get taken around in tuk-tuk (autorickshaw) to Fort Kochi. While a tuk-tuk will give you a better feel of Kochi’s culture, you can opt-in for an AC car as well. Away from crowded streets, your English-speaking driver will take you to a tour that brings you upfront with Kerala’s culture.

Try your luck at catching fish with the local fishermen with massive Chinese fishnets. At the local markets, you’ll come across wooden instruments that the Malayali ethnic community uses to prepare special meals of puttu and appam. Indulge yourself in Malayali traditions with a visit to the temple of turmeric goddess (Manjal Bhagvati) and participate in the henna application with ladies at a Hindu home. Enjoy watching a fascinating session of making thin discs of black gram flour, called Papadum that have a crispy nutty taste.

It comes as no surprise that Kochi attracts tourists all year around. At the Abode of Snakes, which is popularly known as Sarpa Kavu, you will witness Naga Raja (King of snakes) and other Naga Devatas (snake deities) being worshipped and served ceremonial offerings. You will see yourself immersed in the wilderness of this place provided by its forest-like vegetation and snake-idols. Dive in deeper into ethnic beliefs with a visit to the majestic Tirumala Devaswom temple and traditional granaries of Kerala.

Visit a revered pilgrim center for Christians, Koonankurishu Palli, which contains the remains of St George and was also the first church consecrated in India. The church, also known as Mattancherry Muri, was consecrated in 1751 and renovated in 1974, and is of huge historical importance. Discover the Abode of Negroes living in Kerala and learn about their black magic tradition.

By the end of the day, enjoy watching or participate in kolam making at the Brahmin Hindu Agraharam. Kolam is a colorful South Indian drawing made using rice flour, rock powder and color powder often drawn on the floor of Hindu homes by female members. Ride back to the ship with memories and beautiful photographs of this rich day. Book now to savor the rich culture of Kochi.

The Kochi tourist places images can’t do justice to the scenic beauty and dramatic landscapes of Kerala’s most metropolitan city.

The tourist places in Kochi are absolutely captivating and are sure to leave you with a bag full of beautiful memories and aspirations. For those who wish to explore the real treasures of Kerala, a visit to Kochi tourist places is a must.