On this half-day cultural tour you will skip the typical crowded tourist sites for an opportunity to get up close and personal with the cultural side of Kochi, a popular city known as the Queen of Arabian Sea in the state of Kerala. Your English-speaking driver will pick you up from the dock for this part walking/part coach experience.

Join in with the fishermen trying their luck at catching fish with Chinese fishing nets and peruse the Fort Kochi Fish Market. At the temple of the turmeric goddess (Manjal Bhagvati) observe the temple offerings and ladies can participate in a group henna application for a nominal fee at a nearby house. Visit the local food markets where you can see the wooden instruments used to make meals such as puttu and appam. While at the market watch a Papadum making session, this thin, crisp, disc-shaped dough has a nutty taste and is made from peeled black gram flour.

Visit the beautiful Tirumala Devaswom temple and an old palace with traditional Kerala granaries to save rice that is being renovated. See Sarpa Kavu, or the Abode of Snakes. Naga Raja (King of the Snakes) and other Naga Devatas (snake deities) are represented here and they routinely receive ceremonial offerings.

Make your way to Koonankurishu Palli, a revered pilgrim center for Christians in Kerala that contains the resting remains of St. George. Consecrated in 1751, this church was the first in India and played a crucial role in shaping the leadership of the church body here. Proceed by car to the nearby Abode of Negroes and learn of their Black magic traditions.

Conclude your tour with a kolam making demonstration at the Brahmin Hindu Agraharam which is the Hindu Quarter in Fort Kochi. This Southern Indian style of geometrical line painting uses rice flour and other colored powders and is traditionally created in front of Hindu houses by female family members who will help you create a kolam before your ride back to the ship. Book now to observe and participate in the rich cultural diversity of the Kochi people.

The total distance from alleppey to kochi airport is 12 kilometers and the road passes through cultural tour attractions in Fort Kochi . The road conditions can be crowded though on occasion with pedestrians, cattle and local traffic! The activities on this trip are geared for anyone including children.

Asked by Kara Fielding from United Kingdom
1 Year ago

How do I book this holiday?

Asked by Josephine Kong from Singapore
1 Year ago

Can I customise this holiday with few hotels of my choice?

We specialise in Customised holiday packages in Kerala and we will be able to offer you any resort in Kerala as we have direct relationshops with most resorts. If you want to change the resorts in this package, one of our trip designers will work with you till you are happy with the package. Our Trip Designers will be also able to tell you the highlights of each resort and you can decide on whether you woud like to book the same resort

Asked by Michala Vestergaard from USA
1 Year ago

I want to book a taxi for this holiday. Do you offer only taxi services only ?

When you book a holiday with hotels and taxi together with us we will be able to offer you much lower rates than what you will get directly. As we use carefully handicked drivers who can offer the quality that we ideally want, we dont offer taxi only booking services.

Asked by Michala Vestergaard from USA
1 Year ago

What are the payment options you offer?

This package is popular

It has been booked 135 times in the past year 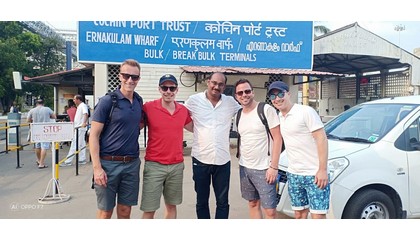 Thank you for am amazing day. Fantastic tour of the city

Thank you for am amazing day. Akex was a fantastic, knwoledgable and passionate guide.He served us our need and gave us valuable information about tourist places in Kochi We highly recommend this tour operator for your trip to India..... 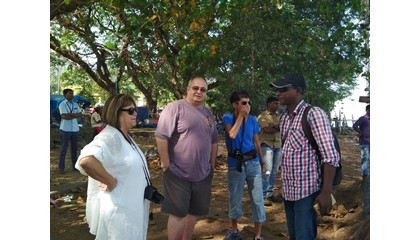 Thank you very much! Very friendly and informative cultural and  heritage tour. Authentic sitesthat gives us a good understanding on cultura diversity in India..... 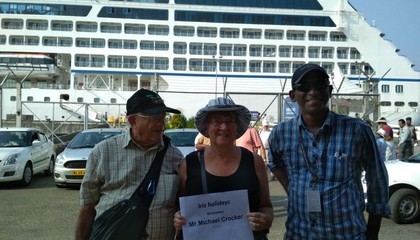 Thank you for this really nice tour. Alex did a wonderful job telling us all about the area. Riding in a small car was much more comfortable than a bus and we were able to see different things and go into small streets. we enjoyed going to 2 homes an.... 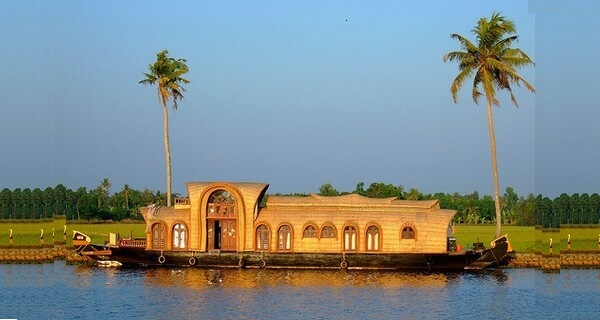 Why book with Iris Holidays ?

We visit and verify all resorts in Kerala that we suggest to you so that guests like you can have a VERY warm & comfortable about an awesome holiday.

We won’t suggest anywhere that we haven’t been to and tried ourselves. When you book online or call us, we share the kind of insider low-down we'd give to our best friends about destinations and hotels. Rest assured: when you book with us, every last detail is taken care