The people of Kerala celebrate all its festivals with a great deal of joyous enthusiasm. The unique feature of the famous new year celebration in Kochi, the Cochin Carnival, is that even though it is celebrated in the south Indian state of Kerala, North Indian dances are very much an integral part of the procession.

Cochin hosts Cochin Carnival every year in the last week of December and it runs with the New year Celebrations in Kerala. While the hangovers dry out on the 1st of January from the excesses of the night before and the bonhomie of the New year’s wishes are at its pleasant highs, the Carnival starts off around 4’O clock in the evening in the Fort Kochi area. This carnival is the biggest new year celebration in Kochi. 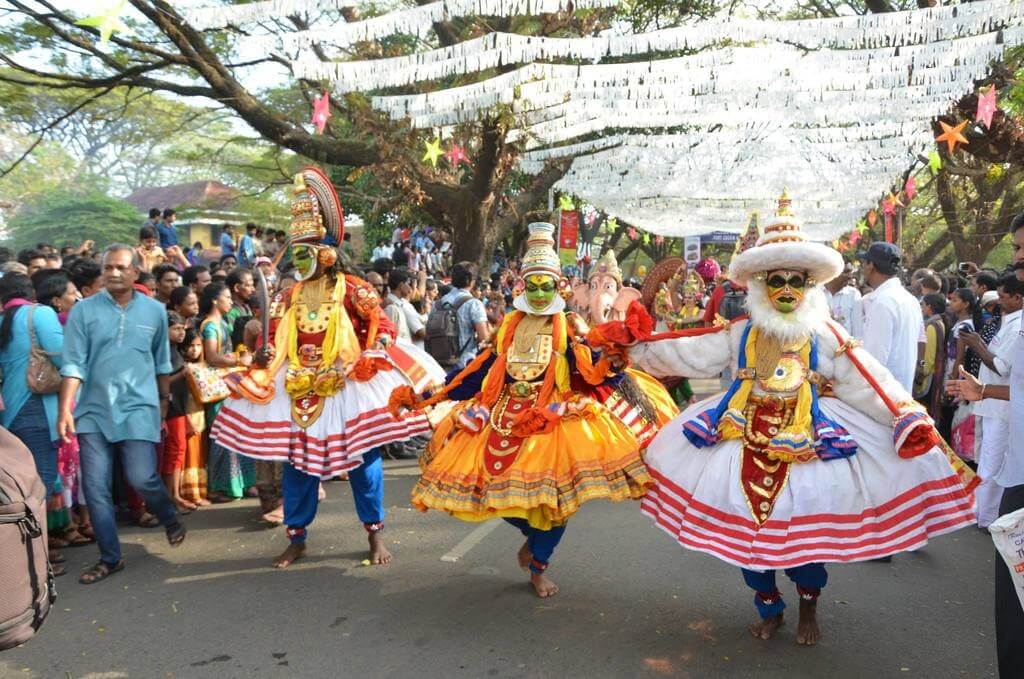 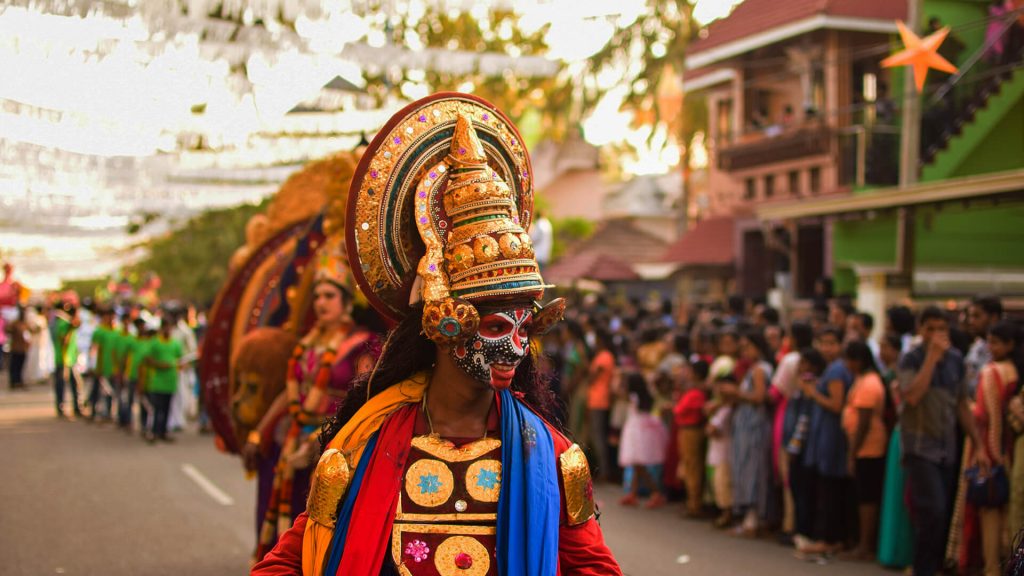 Famous new year celebration in Kochi, The carnival has its roots in the 1500-1600 era when the Portuguese colonialists were the rulers of the pepper and spice trade running out of India. Cochin was their headquarters and as is to be believed, the New Year parties of the Portuguese were all-night affairs and an event to show case their wealth and style.

The Dutch took over Cochin in mid-1600 and they and many others who came after them were mere enactments of history. But what the Portuguese began as a New year party has come to stay and has now turned into a gala carnival quaint and sweet in its Indian setting. The carnival is not on the grand scale of the Rio spectacle but smaller and has a heady mix of the New Year festivities with the old and the conventional themes and culture of India.

The Kochi Fort that was previously erected in Kochi by the Portuguese serves to be the nerve center of all the invigorating commotion and non-stop merriment that accompanies the Cochin Carnival. The entire city of Kochi just cast away all their worries and vexations and get drenched in the unadulterated spirit of the Cochin Carnival.

The commencement of the Cochin Carnival in India roots back to the period when colonialism ruled supreme in Kochi. It has been conjectured that the Portuguese rulers greeted the New Year in a truly grand fashion. Absolutely dazzling ceremonial elegance and unparalleled splendor marked the parties and fiestas that were conducted by them so that they could celebrate to their heart’s content. Although times have drastically changed, this age-old tradition and unique style of celebration have lived on through aeons and eventually got aggravated in the year 1984 when it was bequeathed with the title of Cochin Carnival of India.

This fervid fete regarded as Cochin Carnival is characterized by five principles namely peace, progress, environment, participation, and adventure. The Kochi Fort is adorned in such a delectable way that the on-lookers get spellbound instantaneously. Large flocks of enthusiastic native folks conglomerate here, clad in exotic colored attires to add that special touch to this magnanimous event.

This new year celebration in Kochi aims to decorate and celebrate Kerala as a bride. You can find decorations everywhere in the country. Events like Sea-Swimming, Beach Volleyball, Beach Football, and Beach Bike Race make the Cochin carnival more interesting and amusing. Even prizes are awarded to the competition winners. On New Year’s Day elephants are brought out on the roads and the tunes of the instrument known as ‘Panchavadyam’ reverberates throughout the city makes it the biggest new year celebration in Kochi.