Each year on the second Saturday of August, this is a special event where unique snake boats compete for that precious trophy at the Punnamada Lake in Alleppey, Kerala, India to honor the visit the first minister of India, of Pandit Jawaharlal Nehru in 1952. The rhythmic synchronized rowing of so many snake boats allows it to be a rare event because of which Nehru Trophy Boat Race has emerged as the most popular snake boat race in Kerala. In 2022 Nehru Trophy Boat Race will be held on Sept 4, 2022,  at Punnamada Lake in Alleppey in Kerala.

The Nehru Trophy Boat race is a respectable event in India, held every year since 1952. The race entices tourists from different parts of India and the world. It is held in August on the second Saturday to coincide with the famous Onam festival of Kerala. The race is organized in the backwaters of Kerala, where the participants cruise away to emerge as winners. 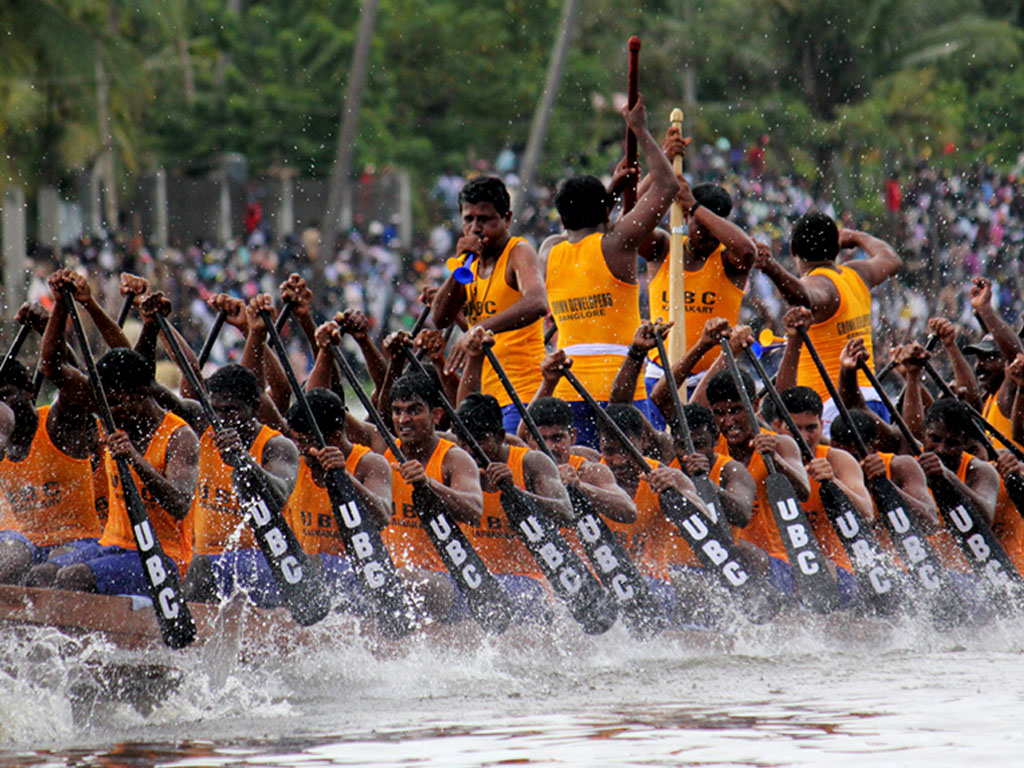 The very first boat competition about the Punnamada Lake occurred within the year 1952 to Alappuzha, within the recognition of visit recently Pandit Jawaharlal Nehru, the Prime Minister of India. Alleppey that will be well-known for evening cruise deal and Kerala Houseboat Packages in backwaters includes taste and a completely different color about the event of Nehru Trophy in August.

Folks from much and near swarm Punnamada Lake’s banks to savor this water regatta. Chundans (snake boats) are a remarkable to view, calculating more than 100 feet long, having a raised prow. the colonial rulers, who centered the title on the local vessel present in Norway,though Kerala’s Chundans keep little similarity for their namesakes named them snake ships.

In 1952, Pandit Jawaharlal Nehru, the first Prime Minister of India visited Kerala and specially Alappuzha. He was felicitated by a grand reception by the locals of Alapuzzha by escoring in huge snake boats. Panditji, who had been excited and thrilled within the efficiency of the oarsmen, leaped in to the Nadubhagam Chundan, forgetting all security arrangements.The vessel proceeded towards the boat jetty holding the Primary Minister.On his go back to Delhi in December 1952, Nehru contributed a Gold Prize, which is really a reproduction of the snake boat positioned on a wooden abacus. This trophy came into existence referred to as Nehru Trophy, each year as well as in loving memory of excellent Panditiji, the folks of Alappuzha enjoy the Nehru Trophy Boat Race.

In the same year, Pandit Nehru donated a silver trophy designed like a snake boat as a remembrance of the times he had spent at the place. The words inscribed on the trophy were – “To the winner of the boat race which is a unique feature of a community like in Travancore Cochin.

Alleppey which is well known for Kerala Houseboat Packages and day cruise package in backwaters has a totally different hue and flavor on the occasion of Nehru Trophy every year in August.

Where is the race held every year? 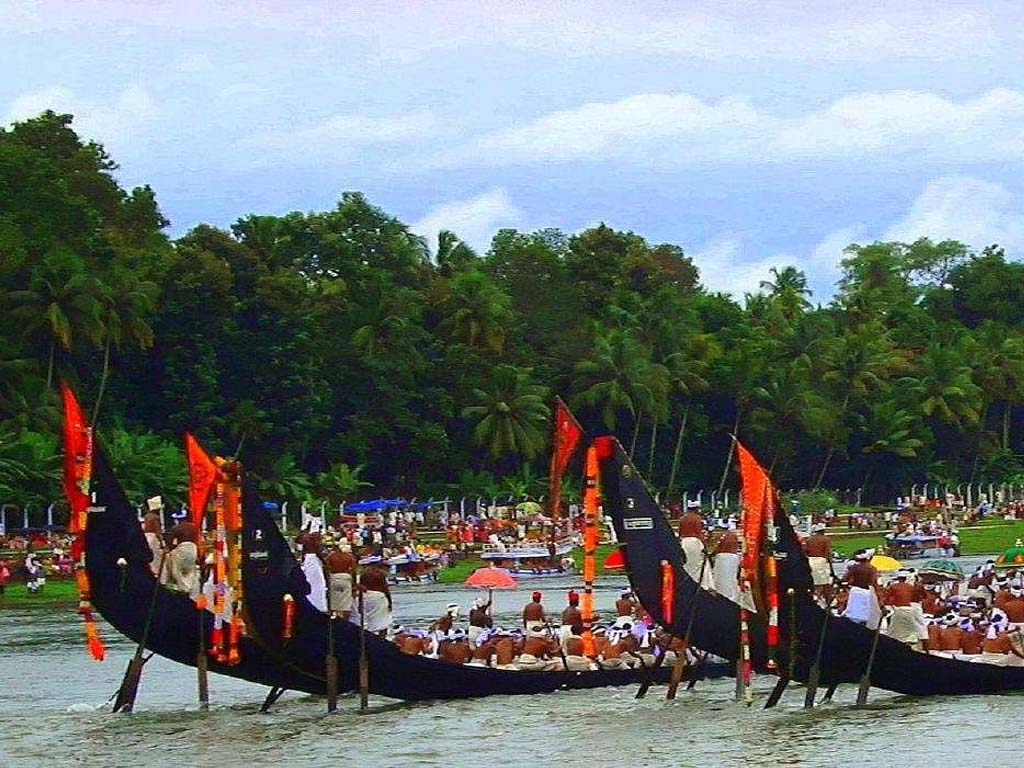 The Nehru trophy boat race is held on Punnamada Lake in the backwaters of Alappuzha. Millions of people arrive at the premises to watch the spectacular race, filled with vibrancy and zeal. This year in 2022 the Nehru Trophy boat race date will be an exception, it will be held in September.

The viewers station themselves on the top of the houseboats floating on the backwaters of Alappuzha. Before the Nehru Trophy boat race Alappuzha commences, the Punnamada lake is cleared of any water traffic. The houseboats are parked outside the tracks where one can sit and watch the colorful and energetic race.

In Kerala, during an earlier 14th century there was a battle between your kingdoms of Chembakassery and Kayamkulam and King Devanarayana of Chembakassery commissioned a contractor to build of the battle vessel which was the origin of current day Chundan Vallams or snake boats.

Thus, the specialized local know-how of making these Snake Ships remain 650 yrs old. Out of all the snake boats being nowadays, the Parthasarathi Chundan is the oldest. The Nehru Trophy Boat Race has now become a significant part of the culture and tradition of the Indian State of Kerala.

2022 year’s race will be held as part of the newly constituted Champions Boat League or CBL. This is the first race to be held in the last three years. The race could not be held in 2020 and 2021 on account of the coronavirus pandemic.

In all about 56 boats are contesting in various categories, out of which 16 are snake boats generally called as “Kings of Water”, in which 100 rowers, with four at the helm to guide, sitting on both sides, padding in unity, to the finish point which is 1.35 KMs away from the starting point. The competition between the snake boats is the centre of attraction of the Nehru Trophy Boat Race, not only because of the trophy will be awarded to the winner of the category, but also for the competitive spirit between the competing clubs which are the pride of each village.

Nehru Trophy Boat Race begins with drum beats along with chanting of boat songs that build the environment for the perfect event. The frenzy of activities held during the boat race imparts a different character to the event. The celebration of the event also includes music and folk dance performances.

Nehru Trophy Boat Race is held on Punnamda Lake in Alappuzha. The area is thronged by teeming millions who come to witness this spectacular event. The occasion attracts visitors from all across the world.

The first Nehru trophy boat race was held in 1952 at Alappuzha in Kerala and was inaugurated by the first Prime Minister of India, Pandit Jawarhal Nehru. The winner was Nadubhagam Chundan rowed by the Nadubhagam Boat club and captained by Chacko Mappila Maathu Mappila.

There was no Nehru Trophy boat race 2020 winner as the event was postponed due to the Covid pandemic situation in the world. The last winner was declared in 2019 – Nadubhagam Chundan rowed by the Pallathuruthi Boat Club and captained by Narayanankutty N Udayan.

Due to the pandemic, the Nehru Trophy Boat race 2021 was not held as per the planned schedule. The race will be held in Kerala on 4th September 2022, the 68th edition of the event. 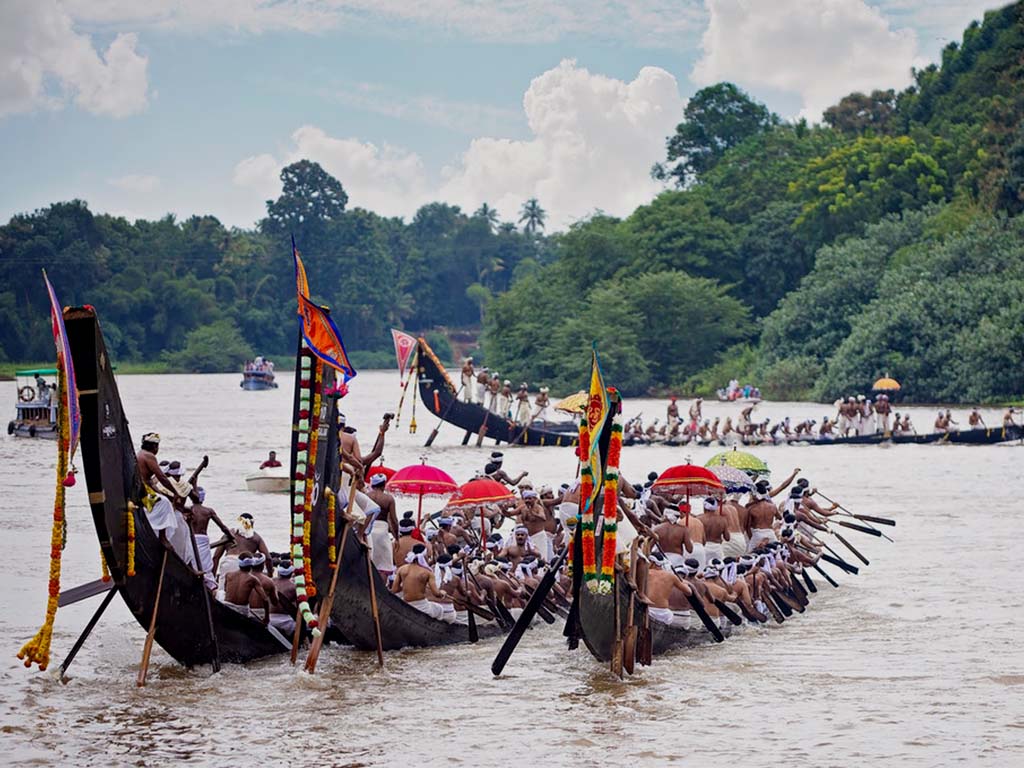 The winner of the Nehru Trophy boat race trophies for 15 times is Karichal Chundan. Kumarakom Town Boat Club has a hat-trick spree of winning the race three times continuously under the captainship of Raju Vadakkathu Kumarakom Kottayam.

You can check the Nehru Trophy boat race results from 1952 to 2019 on Wikipedia. The race is part of the CBL Champions Boat League which has prize money of INR 5.9 crore

How can you watch Nehru Trophy Boat race live?

You can watch the Nehru Trophy boat race live online in Keralatv.in or DD News Malayalam. There is live streaming of the races for viewers to watch and enjoy the thrilling event every year.

Nehru Trophy Boat Race is the most well-esteemed boat race held in India that offers great excitement for the viewers.

The Nehru trophy boat race distance extends for a length of about 1370 meters. The entire stretch is segregated into several tracks. The event starts with a snake boat procession where you can watch different types of boats from Kerala spread across a length of about 1.4 km

Vanchipattu is the Nehru Trophy boat race song which is chanted every year during the event. The song creates an enchanting environment along with the drum beats and a whole set of jubilant activities to cheer the viewers. Several performances involving music and folk dances are held at the event.

In the Nehru Trophy boat race in Kerala, different types of boats can be seen. Homemade materials are used for the boats. Some of them are 100 feet long accommodating almost 150 rowers. The smallest one is usually 18 feet and can accommodate 12 members. The boats are made of tree trunks of Kadampy and Anjil. You can find various type of racing boats in the event like Chundan, Churlan, Odi, and Parunthuvalan.

The race course for the Kerala Nehru Trophy boat race stretches to about 1370 meters with multiple tracks. The preparations for the race start weeks before the event. All the boats are smeared with sardine oil. This is done so the boats can easily pass through the water. The oarsmen are selected based on their merit and the practice sessions commence under the leadership of a senior oarsmen or leader. The village is represented by almost 150 oarsmen in the event

Please check the tickets for the authorized seal of the committee and serial number. Authorized counters can be identified with banners, having logo of NTBR.

These snake boat events will also be a method to assure community involvement and several of the competition boats possess a shared possession of the locality’s people. Money is frequently raised by individuals locally through factors worth lakhs for engaging numerous ship events in a period of rupees.

Individuals in Kara or each area contemplate it like a subject of satisfaction to engage and get a ship competition underneath the tag and jersey. Each boat competition has been recognized whilst the locality’s event which is an event for loving the heat of brotherhood and friendliness between people within the area. If you are planning to watch the camaraderie, do ensure that you book an advanced ticket for Nehru Trophy Boat Race 2014 in Kerala.

Plan your trip to Kerala with us and be a part of the Nehru Trophy Boat Race and witness the huge boats cruising through the backwaters of Kerala.

If you happen to visit Kerala and love to watch a spectacular race full of energy and vigor amid the serene backwaters, then you must plan to watch the Nehru Trophy Boat Race . The next race is approaching on 4th September 2022. So gear up for it to witness a spectacular and breathtaking event.

Hello, I'm Vijeesh and a travel advisor at Iris Holidays. I'm here to help you travel in Kerala through useful tips and helpful articles. Don't forget to get a FREE Customised Holiday Itinerary from me if you are planning to visit Kerala.