Kerala is hailed as one of the most outstanding tourist destinations amongst the loveliest places on earth. Its beauty and rich greenery that leaves one in a trance have additionally earned it the moniker-“God’s Own Country”.

From stunning shorelines along the Malabar Coast to the charming backwater waterways advancing through the vast paddy fields, from mountains shrouded in the fog to radiant tea and coffee plantations, Kerala’s scenes never neglect to flabbergast. Kerala obviously, is a standout amongst the most suggested locations in India to tour, enjoy honeymoons, and have a fun-filled holiday to free you from the hustles and bustle of life and even more! Even though Kerala may be visited consistently all through the year, Kerala in September is very delightful amongst other months to have the best of Kerala experiences to remember!

Traditionally, September is the best time to visit Kerala. Since Kerala in September is right in between the two monsoon seasons in Kerala. Kerala is topographically blessed and has a perfect amalgamation of rich tradition, natural beauty, and culture. In September, the whole of Kerala is usually covered in a carpet of greenery, the topography of the state helps it to maintain the green glory without spoiling its landscape. In September rates and prices are lower, lesser downpours are ensuring that the climate is fresh, green, dust-free, and more conducive to tour. September is a great time to visit Kerala indeed as nature will be in its all glory! Below is a rundown on Kerala weather conditions in September –

Kerala’s temperature for September is almost the same as that of August. The average temperature across the state will probably be about 27 °C or 81 °F.

It might get a bit warm during the daytime, especially when it’s not raining, but there will also be considerable cloud cover ranging from 65% to 74%. The lesser rainfall in this period will make it quite pleasant to visit places and enjoy scenic adventures in Kerala.

Here is more information on the Kerala weather in September; 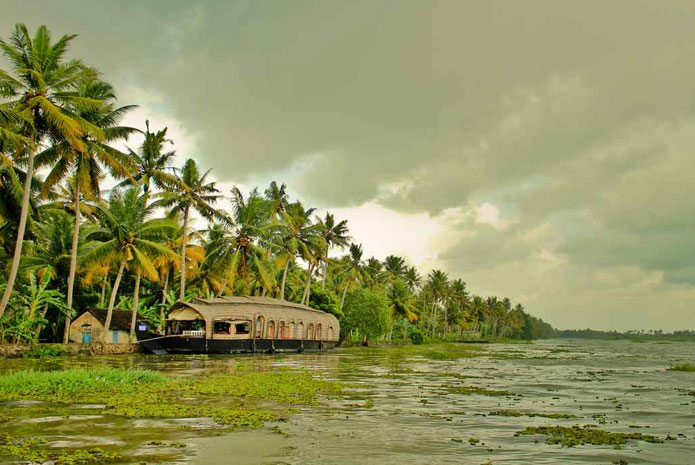 Rainfall in September is expected to be much lesser than rainfall in August. Kerala is likely to receive 175mm of rain in September but spread across 18 days only which is comparatively lower than the preceding months. On rainy days, you are more likely to experience moderate rains rather than thunderstorms, the afternoons might feel a bit hotter than expected due to the high level of humidity, but with adequate water and protection, you can make the best of the good weather days in September.

As always, it’s advised that you’re dressed properly and prepared for the rain when you’re in Kerala during this season. Ensure you carry a small umbrella or a light raincoat along in case of unexpected rainfall. Weather during this period may not be too cold, so you don’t have to come along with a jacket as it may not be of necessity. Ensure you have the right footwear to suit the places you would be visiting especially if you’re planning to hike or walk slippery trails.

Below are some precautions you should abide by if you plan on travelling to Kerala in September.

Best Places to Visit, Also some notable Events you should look for during the month of September in Kerala

Allapuzha is one of the most charming backwaters in Kerala. You can enjoy the beauty of “Venice of the East”-Alappuzha in its famed houseboats in September, they are well known for their yearly boat races usually held this month. After the heavy rainfall of the Southwest monsoons, the place is usually secured with thick greenery, the occasional drizzles create an aura of mystic majesty to this water world. A voyage or houseboat navigating down the charming backwaters of Alappuzha would brim you with flora and fauna amid the long stretch of September. 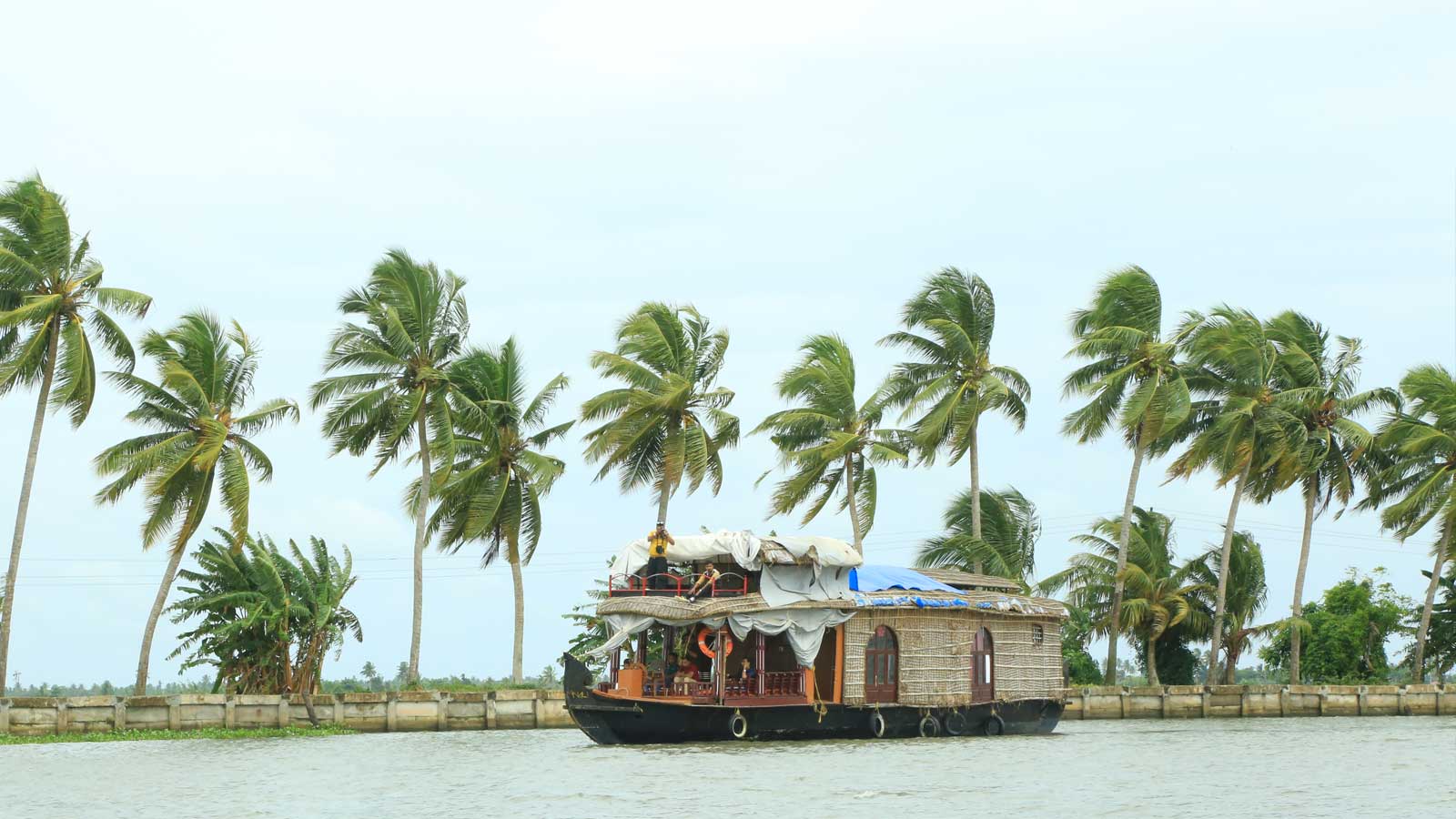 Navigating or cruising over the alluring backwaters of Alappuzha, Kumarakom or Kollam will be an exciting experience this month.

Munnar is a very delightful hill station in Kerala. One of the oldest places in Kerala famous for its vast tea manors. The Misty atmosphere, lush greenery, tall palm trees, entertaining cascades, picturesque mountains are everything tourists would love to catch a glimpse of. “A glowing emerald” is the words that can be used to describe the hill stations of Kerala in September because of their breathtaking beauty this month. It would be more enjoyable if you engage yourself in some fun-filled activities such as; Rock climbing, Elephant Safari,  Rappelling, and Yoga exercises. 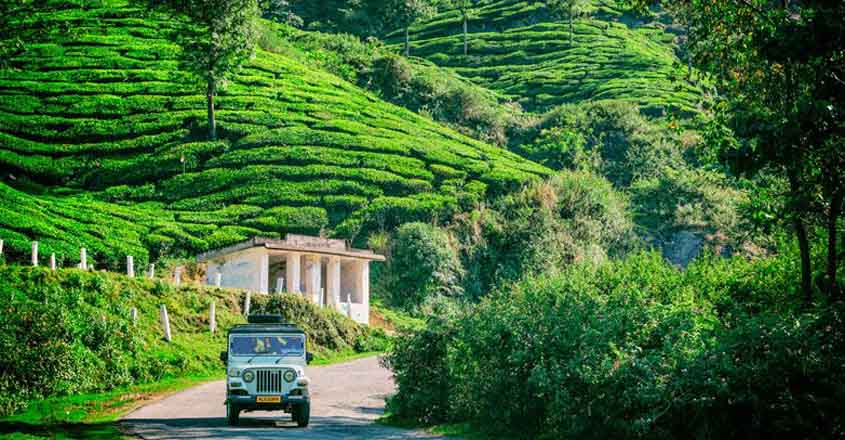 Obviously, September is a great month to explore and hike the hill stations of Munnar, Vagamon, Thekkady, Ponmundi, Peerumedu in Idukki district, Nelliyampathy (Palakkad), and Vythiri.

In the state capital Thiruvananthapuram, Kovalam is a beach famous for its assortment of unbelievable shorelines. It’s one of the most charming beaches among the beaches of Kerala. The crescent-shaped beach with its massive rocky promontory makes it more of a flawless topography and a perfect place for sunbathing and sea bathing. A significant attraction here is the Halcyon castle nestled at the top of a rock near the shorelines. 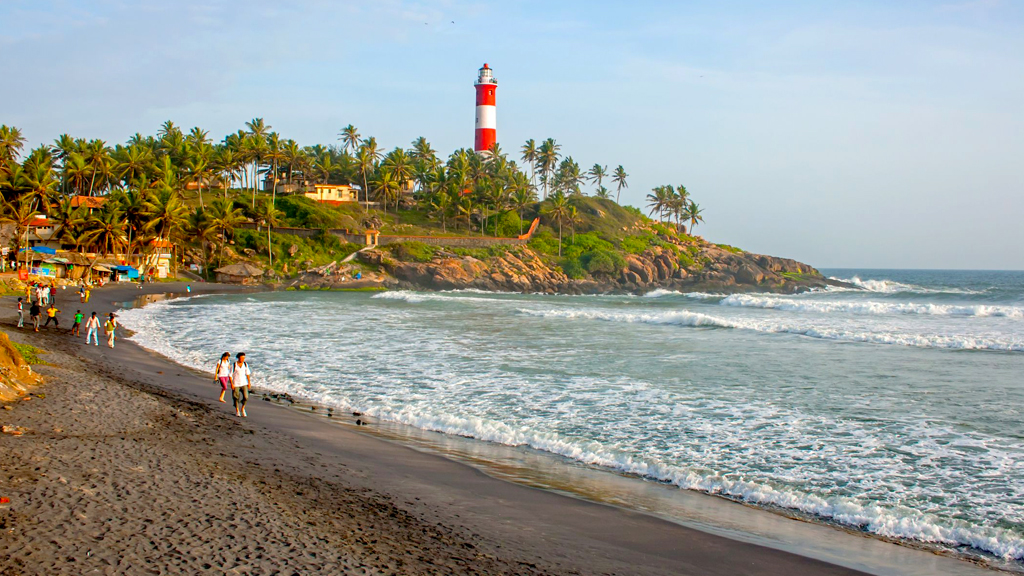 Other prominent beaches to visit during September are Kozhikode, Varkala, Alappuzha, Cherai, Bekal (visiting the historic Bekal fort will be an added advantage), and Mararikulam.

ALSO, SEE – Why September is the Best Month to Visit Kerala?

The festival of Onam is a harvest festival and the main festival of Kerala which usually falls either in August or in September. If you’re opportune to visit Kerala during the time of Onam, you would be able to witness various amazing traditional activities, some to happen during the main 3days of the festival and others on the remaining 7days of the festival. During this festival, Keralites(people of Kerala) irrespective of religion come together in their beautiful and elegant dresses(Men wear dhotis, women wear traditional sarees) to celebrate these festivals.

If you plan on paying Kerala a visit to witness the Onam festival, ensure that you do not miss the first day-the official start of the 10-day Onam-the Attachamayam procession in Thrippunithara near Kochi. The colourful procession exhibits Kerala in its rich culture and tradition.

The traditional spices contributing to the fun of the procession during the Onam festival include caparisoned elephants, colour floats, and tableau displaying episodes from Hindu Puranas, epics, and also those having a social message. On the fourth day of Onam, the famous folk art form Puli Kali is always a crowd puller. On this day, performers mask their faces and paint their bodies resembling tigers and hunters at the same time dance traditionally to the melodies of traditional instruments. 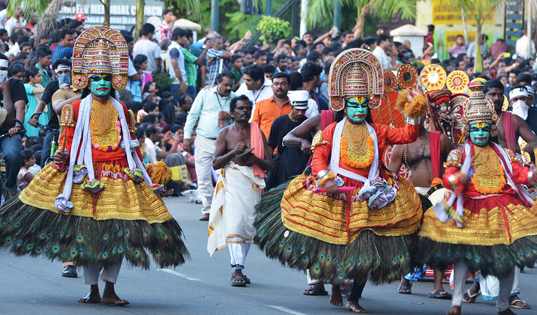 Some routes in Kerala may be inaccessible due to previously flooded roads or break in bridges. Do consult and check with your Kerala tour agency before you depart. If you are planning to travel on your own, you’ll have to plan beforehand to ensure vehicles are plying on the routes you’re planning to take.