The Winter season in Kerala attracts tourists from all over India to visit. COVID 19 has made serious and long travelling restrictions all across the world. However, in recent weeks, the restrictions on Tourist Places including hotels and restaurants are being gradually lifted and it is believed that tourists are about to explore their favourite tourists’ spots, particularly the local ones in the upcoming days.

In India, people usually visit the Taj Mahal and such areas, while many a time the beauty and grandeur of South India are overlooked. But, being in India, planning a trip to a state like Kerala can be very rewarding and refreshing as well. The peak time to visit Kerala is winter when the green tea gardens, valleys and meadows take a festive look and indeed look very beautiful.

Kerala as a tourist destination

According to National Geographic Traveler magazine, Kerala is one of the “ten paradises of the world”.  On the West, the Arabian Sea connects Kerala with other parts of the world.  Kerala is a favourite spot for its backwaters and sandy golden beaches. On the other hand, those who love mountains also visit Kerala to explore extraordinary hill stations. On the east, the hills of the high altitude of the Western Ghats exposes you to beauty and thrill at the same time.

Kerala is located near the equator. As a result, the climate is tropical in nature.  The average maximum high can be between 29°C and 33°C and lows between 23°C and 25°C.

Kerala is close to the ocean and the position of the fort-like Western Ghats Mountain keeps the climate enjoyable throughout the year. Arabian Sea breeze will refresh you. You can do many outdoor activities in winter that are unimaginable in summer. 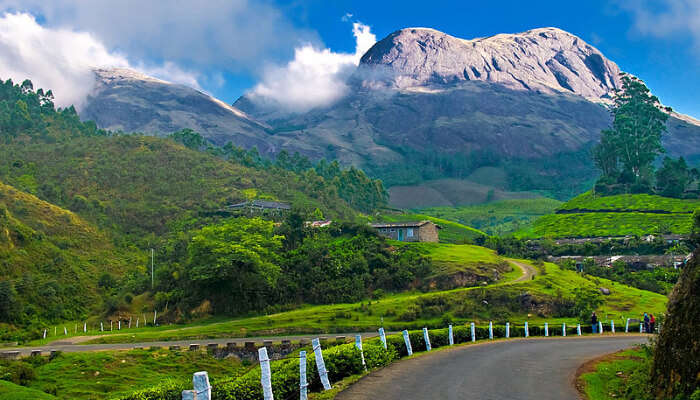 What are the seasons of Kerala?

In Kerala, there are three seasons in total. They are summer, monsoon and winter. Summer is quite hot. But, in winter you cannot expect any freezing cold weather here either. However, here the temperature in winter is neither too hot nor too cold, which will make your stay at this place quite refreshing. In monsoon, heavy rainfall makes the roads slippery and risky. During planning your trip to Kerala, you must give due importance to the local weather condition.

Summer: In Kerala, summer is from March to May. In many places in the world, the month of March is not very and humid. They call it spring. However, in Kerala, the summer days start from March.

Tourists find Kerala hot and humid during summer. Even at the night, the temperature remains high. The average temperature is around 35 degrees Celsius. However, the hilly areas that are covered with trees are relatively cool.

Monsoon:  Kerala is in the tropical region. It is surprising that in Kerala Monsoon visits twice a year. First, from July to September. Then it is called the Southwest monsoon. Again monsoon comes in October and November.  It is known as the Northeast monsoon.

Winter: In Kerala, winter is from November to February. In winter, the air is crispy and dry. The average maximum temperature is 28°C, and the minimum is around 18°C. You can also visit hill stations to enjoy the panoramic misty views of nature. For obvious reasons, strolling around the beaches in winter is more comfortable in winter than in summer.

Why choose Winter to travel to Kerala?

Winter in Kerala is short-lived. Whatever be its length, in this season the weather remains such that you can explore a variety of outdoor activities and some extraordinary places. There are some reasons why we are encouraging you to go during the winter season in Kerala. The top reasons are given below.

What are the events in Kerala during Winter?

Mid-November is the time when the winter sets in and people can feel the transition of the season. This is the time for Diwali, one of the greatest Hindu festivals. On this occasion, all educational institutions remain closed.

December is the time when the tourist spots become busy. The crowd looks forward to different kinds of festivals along with Christmas and New Year.

Cochin Carnival: Cochin Carnival is another grand festival organized at the end of December particularly during the winter season in Kerala.

Kochi- Muziris Biennale: Kochi- Muziris Biennale is an international Art Festival. It starts in December and continues till December. This 4-month long event is supported by the government of Kerala.  The Biennale includes film, installation, painting, sculpture, new media and performance art. There are also seminars and workshops on music and art.

In January the weather remains favourable for travelling in Kerala. The temperature is around 28 degrees Celsius.  You will find most of the hotels full of guests during this time. So, you have to book your accommodation early. Check our packages to get the best deals for a trip to Kerala. You can attend different kinds of festivals at the start of the year in Kerala.

Adoor Gajamela: It is a different kind of festival where the main attraction is the elephants. Visit Sree Parthasarathy Temple for Ador Gajamela.

The number of tourists begins to decline in February. Anyway, in this month too, the weather remains comfortable to explore the hills. Moreover, you can go to the beaches.

Machattu Mamangam:   A procession of huge horse statues can be seen on your way to  Machattu Thiruvanikavu temple in Thrissur district which is also a major attraction during the winter season in Kerala.

Attukal Pongala: In Trivandrum, women cook for the goddess Attukalama for special offerings.

Tips for Travelling in Winter