Varkala is a beautiful coastal town 51 kilometers away from Thiruvananthapuram, on its northern side. Well known for the Varkala Beach and naturally abundant, Varkala Tourism has the charm and potential to attract tourists from all over the world and Varkala with its high cliffs with mineral springs is ranked by Discovery Channel as one of the best beaches in Kerala and top 10 beaches in the world. The beach is quite popular among foreigners as its tourism offers many exciting pursuits such as sun bath, boat riding and Ayurvedic rejuvenation.

Varkala also has a shade of culture to it and is an important Hindu pilgrimage centre with the memorial of Sree Narayana Guru, at Sivagiri which is frequented by Hindu pilgrims from South India. Varkala also offers the picturesque papanasham beach surrounded by cliff and sea, together with destinations- Sivagiri, Anchengo Fort & Light House, Janardhana Swami Temple.

Varkala Kerala has a naturally beautiful setting that has allowed it to grow into Kerala’s most popular backpacker hangout.

Sightseeing in Varkala is about a wonderful beach location looking over high cliffs with a fascinating combination of spiritual and modern values covered into one small town endowed with temples and covered with shacks in seashore.

Places to visit in Varkala

If you are planning a trip to God’s own country, there is an array of places to visit in Kerala that will make your trip memorable.

Varkala Kerala is a beautiful coastal town where the hills come close to the sea. The uniqueness of the place is the merging of cliffs with the Arabian Sea.

If you are looking to immerse yourself in the best that Kerala has to offer, Varkala Kerala is where you should come to.

Varkala Beach: Counted as one of the top ten seasonal beaches in the world by the discovery channel, Varkala Beach has the stunning beauty of landscapes, brown sand and sea. Swimming, sunbathing, windsurfing, and striking sunset views are the best things to do in Varkala. This is one of the most popular places to visit in Varkala.

Anchuthengu and Anjengo Fort: Old and full of history, this fort tops the list of tourist attractions in Varkala Kerala. Walking through the streets, it is easy to feel like you have stepped in the past.

Odayam Beach: Located at a distance of few kilometers from Varkala Kerala, Odayam Beach is a pure stretch of soft lands between the beautiful Thiruvambadi beach and the Cliff beach. Letting the travelers explore the peaceful side of this coastal town, Odayam Beach is one of the best places to visit in Varkala. Swimming and boating are some of the most fun-filled things to do in Varkala.

Kappil Beach: Known as one of the best kept secrets of Varkala Kerala, this beach is a gorgeous place to spend a day. Viewing the glittering waters of the Arabian Sea from the untouched sandy waters of Kappil is one of the most calming and soothing things to do in Varkala.

From historically important forts to the blue waters of the Arabian Sea, Varkala Kerala truly offers the best of everything.

Plan your trip to Varkala Kerala with us and explore the places to visit in Varkala in the most efficient manner possible.

Why is Varkala Beach famous?

Counted as one of the top ten seasonal beaches in the world by Discovery channel, Varkala beach is for its long winding stretch of cliff that expands over the Arabian Sea. This beach is also famous for spa, mineral springs and ayurvedic centres offering the best treatments and therapies.

What is the best time to visit Varkala?

October to February (Winters) are the best time to visit Varkala as the temperatures are relatively low and weather is pleasant.

What are the top attractions to visit in Varkala?

What are the best things to do in Varkala?

Getting blessings at Janardana Swami Temple, witnessing amazing views at Kappil Beach, enjoying adventurous sports, relaxing at Varkala cliff and shopping in the streets of Varkala are the best things to do in Varkala.

Varkala is a perfect location for Ayurveda, rejuvenation, and quiet contemplation, and while Kerala is sunny and warm all year round, humidity levels and prices vary.

The monsoon season spans from June through to October. Although torrential rain and widespread flooding make this an imprudent time to undertake outdoor adventure activities, monsoon season is also known as Ayurveda season. The intense humidity creates the perfect conditions for you to get the most out of your Ayurveda treatments. If it's quiet contemplation and Ayurveda you're after, monsoon season is the one for you! It's also the perfect time to take advantage of off-season prices. Varkala is firmly on the beaten path, especially amongst beach-going backpackers, so this is an excellent chance to enjoy a quieter, more contemplative holiday here.

September, at the tail end of the monsoon season, is an exceptional time to visit. Prices are still off-season, but the mountains, forests and waterfalls are at the peak of their luscious green beauty. The coconut groves Varkala is known for will be in full flowering. Furthermore, around the August/September period Keralites celebrate the Onam Harvest Festival with Snake Boat Races, in a tradition dating back to paddy-field workers showing off their skills in the water as they harvested the rice. Today, villagers emulate them by competing against each other in beautifully handcrafted boats.

The weather is cooler and drier between October and February, with pleasant temperatures reaching highs of 30 degrees. While this is the perfect time to visit Varkala, beware of the peak season prices from December to January, as well as larger crowds.

Between March and May, Kerala's summer hits its peak, with sweltering and humid weather, making conditions less than ideal for anything but doing nothing. If you enjoy hot, wet heat, take advantage of the off-season prices, and enjoy luxurious Ayurveda treatments and lush nature.

For the best Ayurveda conditions and off-season prices, avoid the masses and visit during monsoon season, but winter (December to February) is when conditions are ideal for enjoying the beach and the outdoors.

How to Reach Varkala

Trains are the best way to travel around Kerala, and India in general, as they are highly affordable but more comfortable than buses, and the rail networks are extensive. You can purchase your tickets online or in-person at the station booths, and enjoy a relaxing, scenic journey.

However you can reach Varkala in flight and buses as well 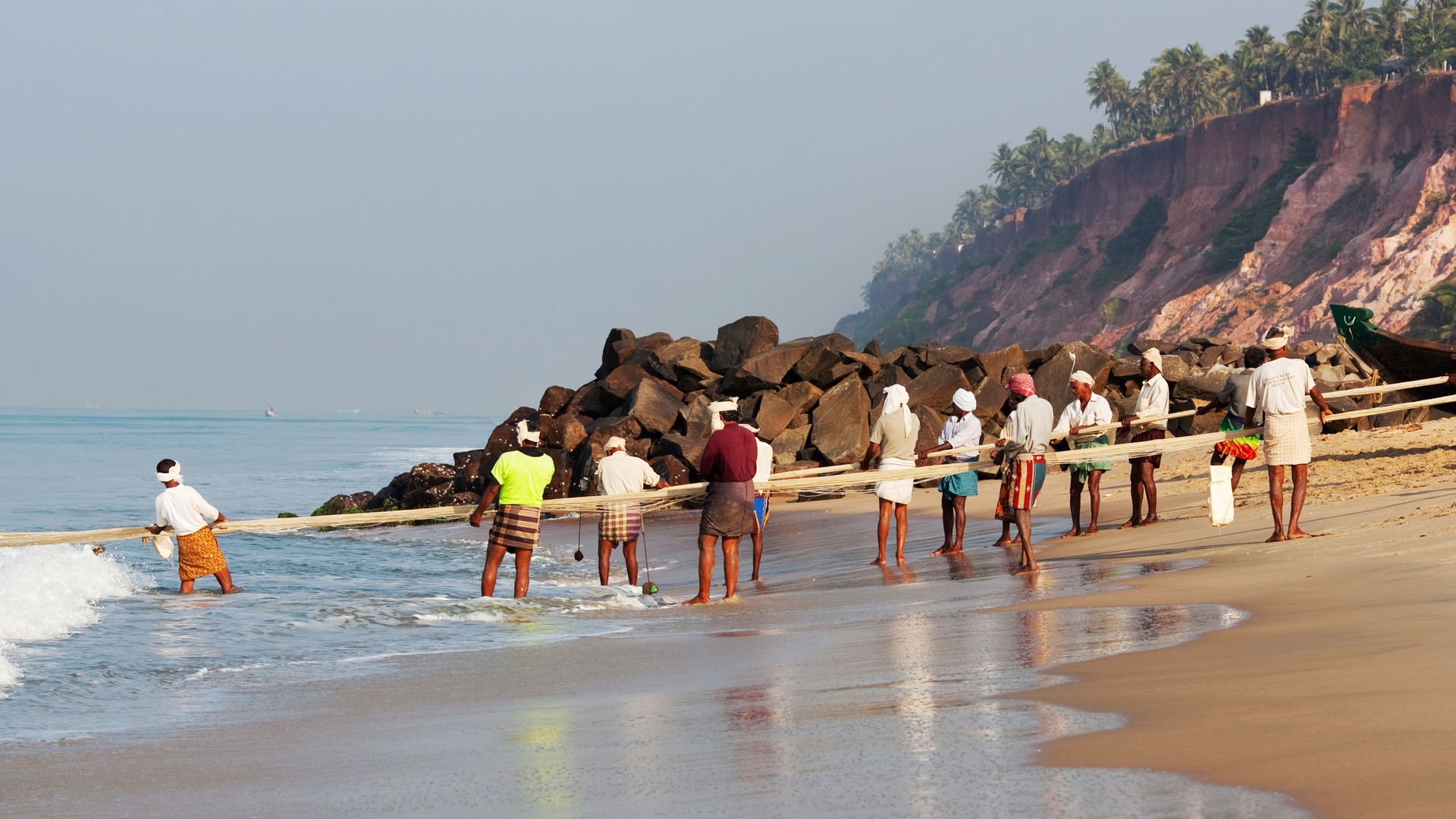 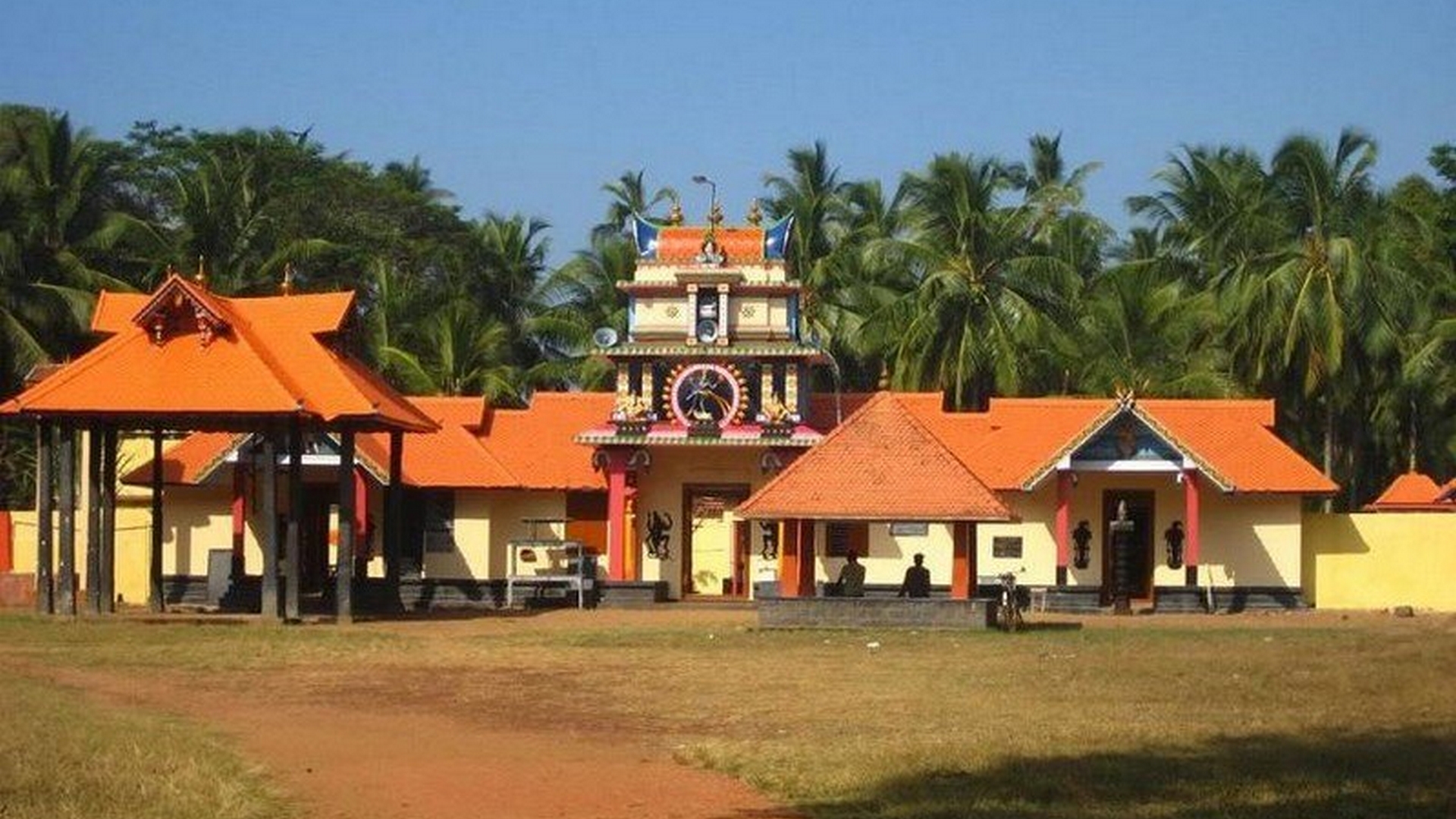 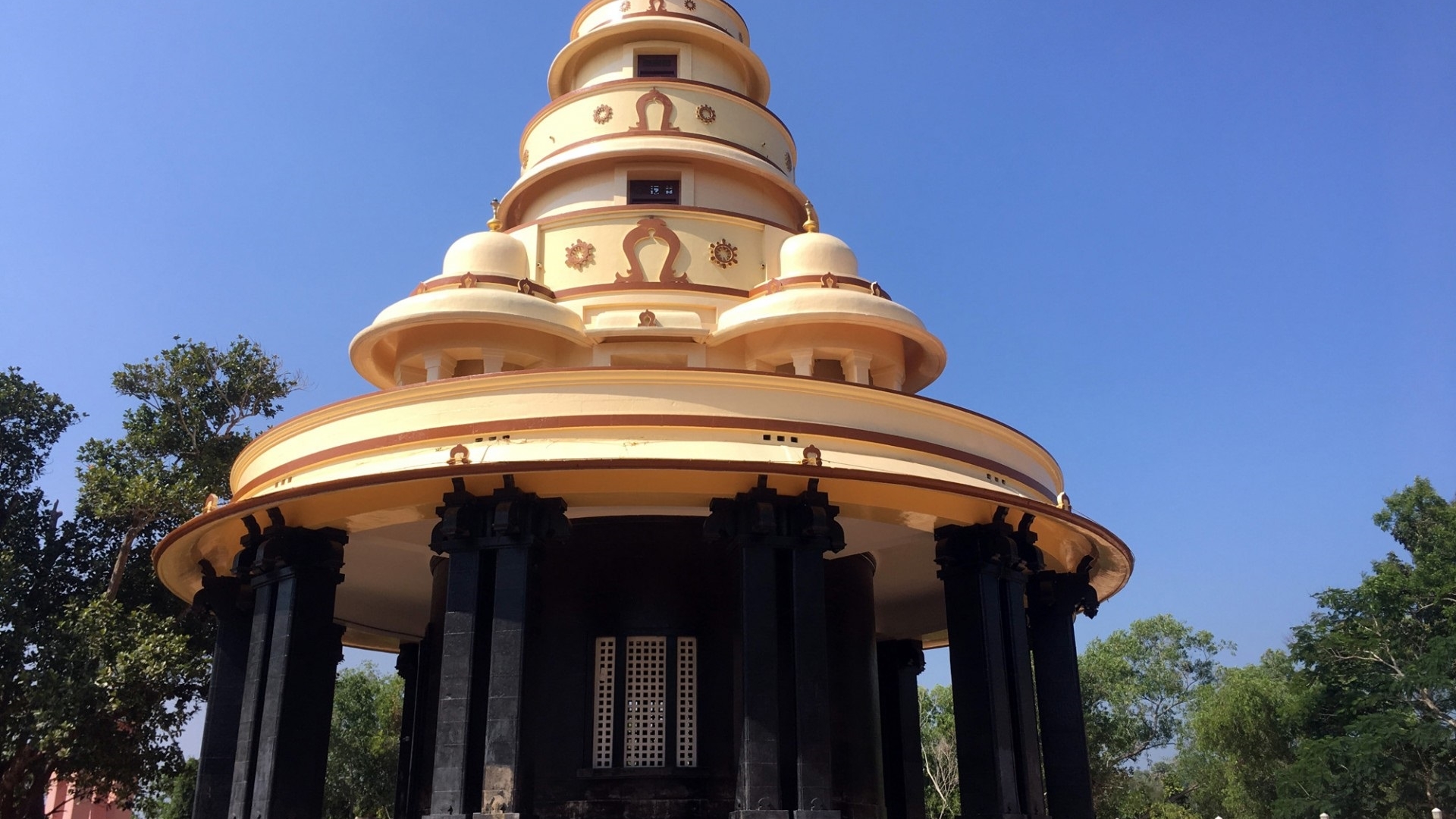 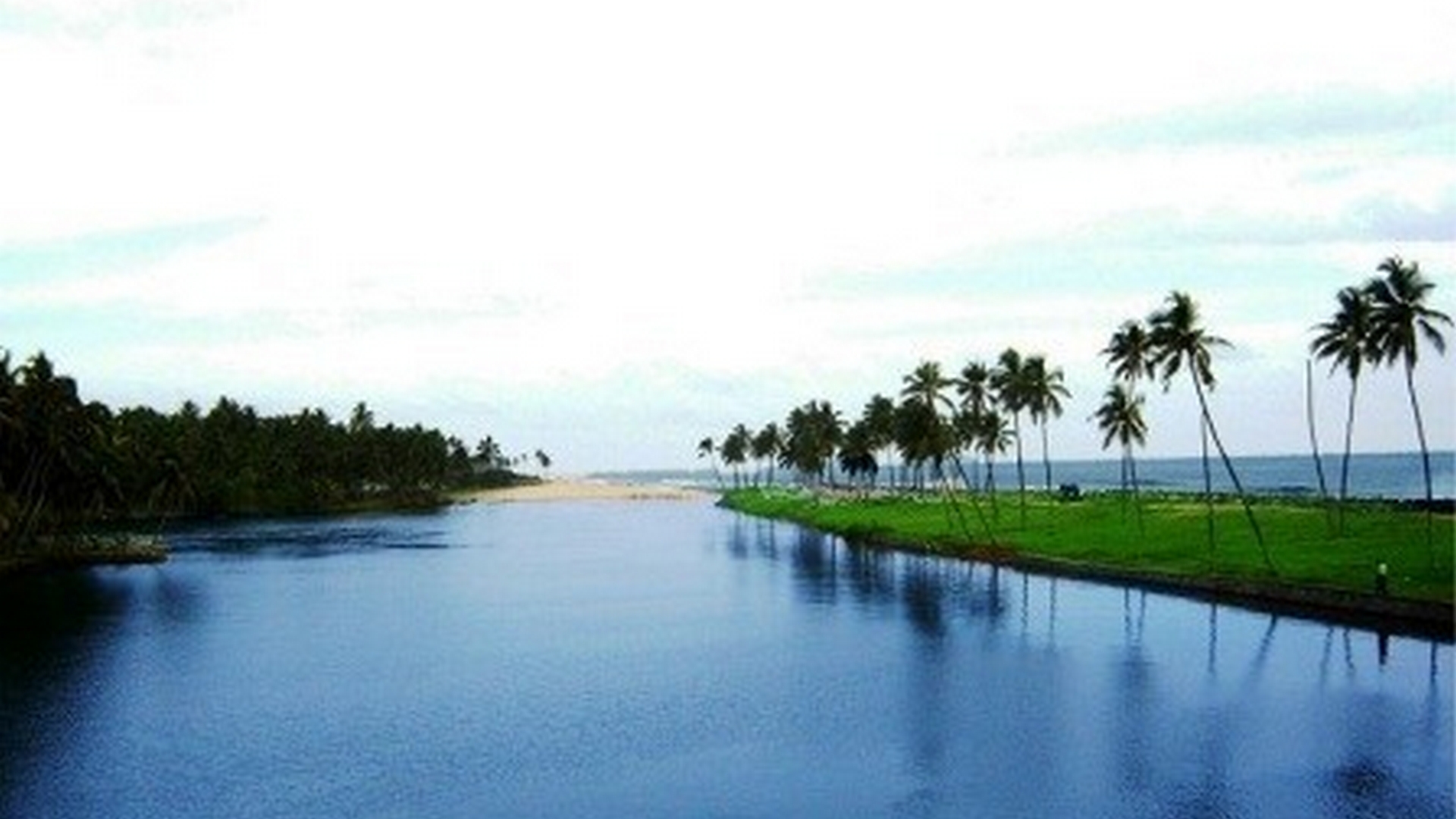 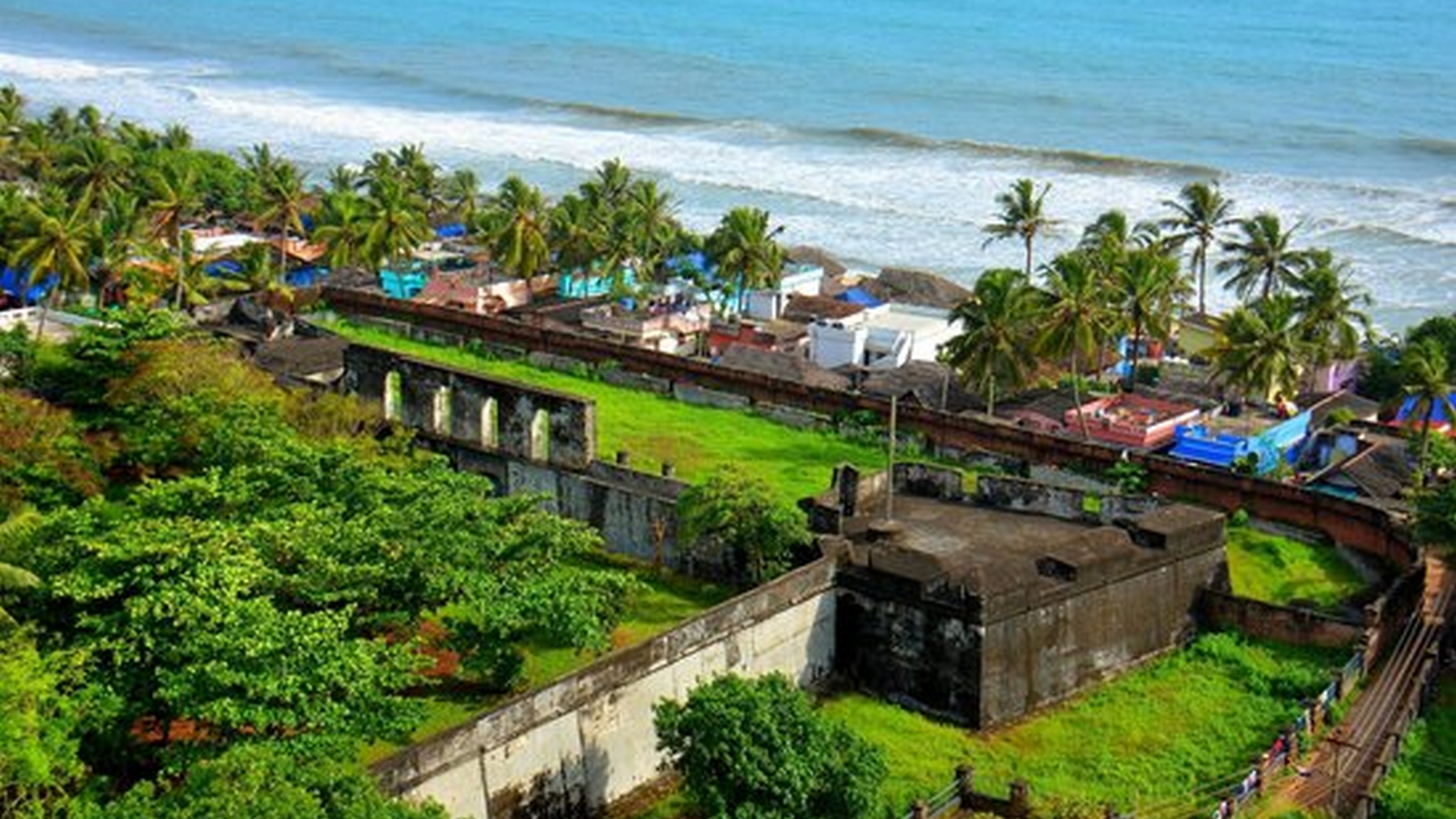 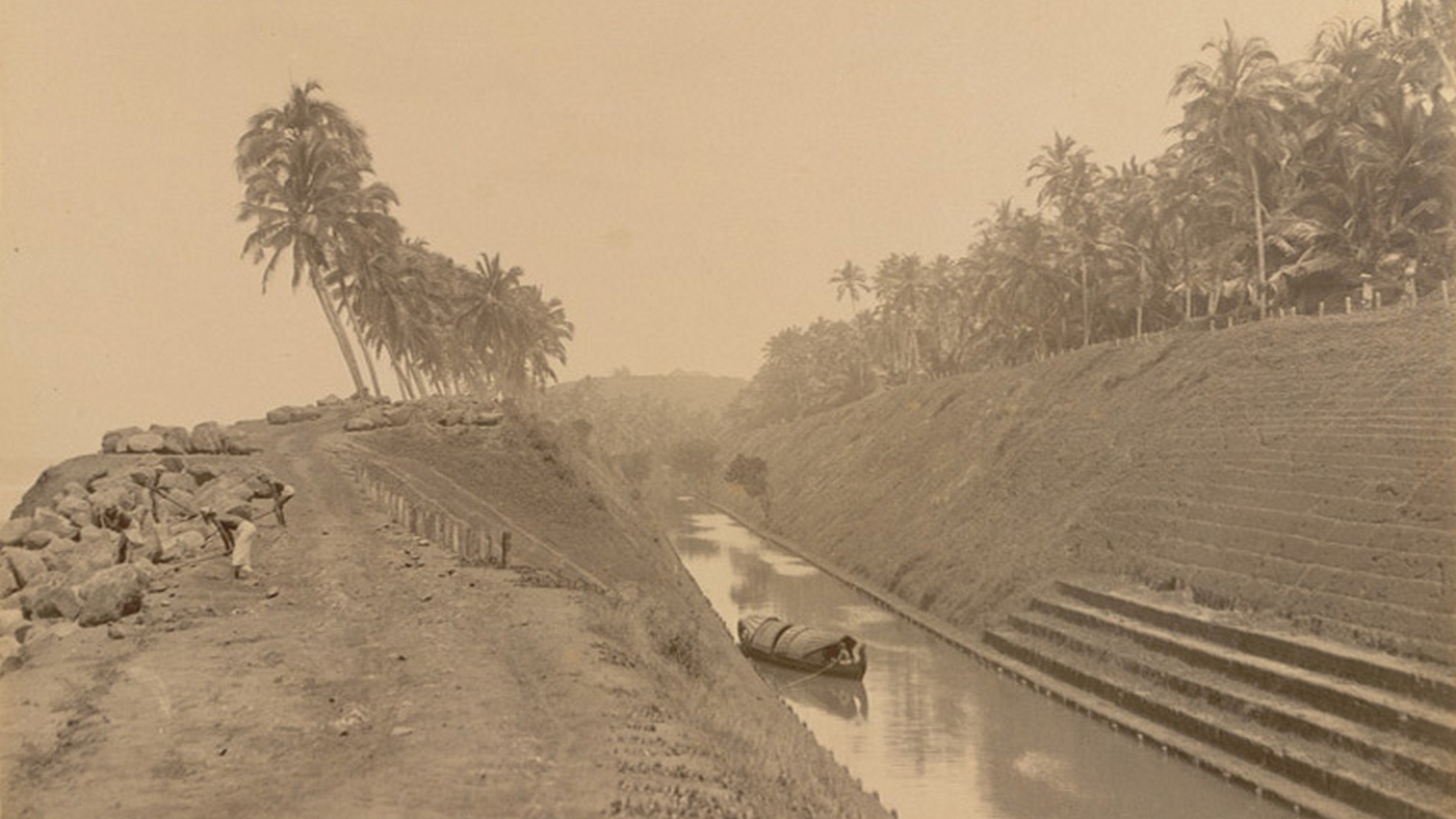 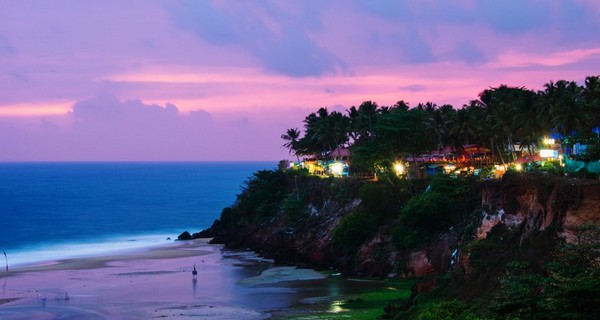 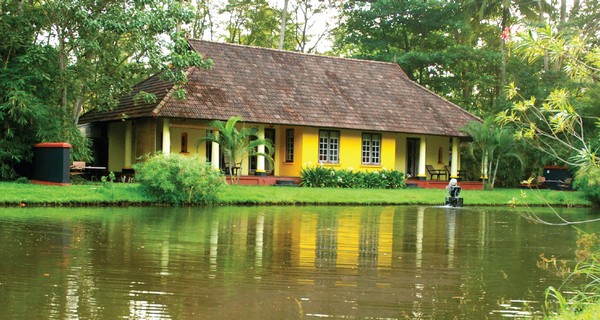 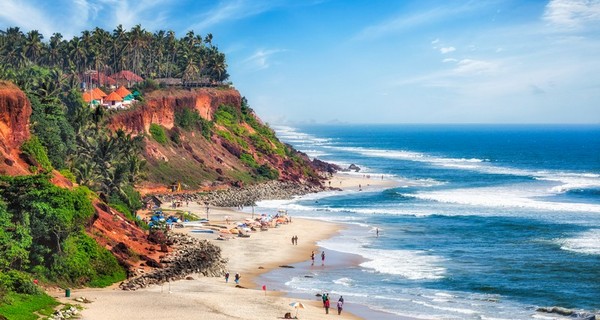