You are here: Home / Art Forms of Kerala / 9 Palaces in Kerala You Must Visit To Explore Kerala Culture and Heritage

Kerala offers a wide number of attractions for travelers, including backwaters if Kerala , verdant hill stations in Kerala and great beaches as well. However palaces in Kerala are also popular among history and architectural buffs, experience seekers and photo enthusiasts alike.

Here are some of the notable palaces in Kerala, which offer travelers a rich taste of the cultural heritage and traditions of the state.

Located in Thiruvananthapuram, in the vicinity of the Napier museum, the Kanakakunnu Palace is a huge royal palace with large sprawling grounds around it. The palace is known to have been built by the royal family in order to entertain guests while serving non vegetarian food, the royal family being vegetarian itself. There are a number of cultural programmes and meet ups that take place at the venue every year, including a dance festival that lasts 6 months in duration. 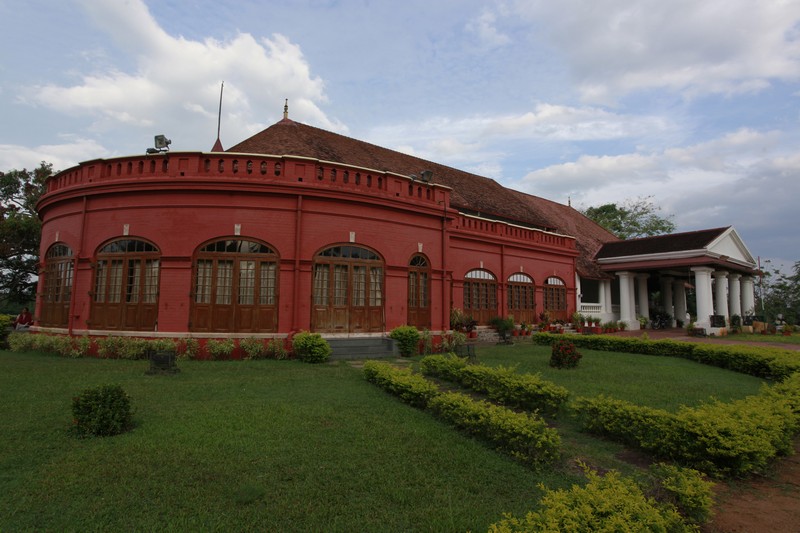 Hill Palace in Kochi is the largest heritage museum of Kerala. The palace was built by the Cochin royal family as a safe haven to protect its women and children from enemy troops .Hill Palace has 17 galleries flaunting the historical treasures of Kerala: A gold crown of 1.75 kg, presented to the king of Cochin by King Emmanuel of Portugal, and the Bible (Hebrew, Old Testament) written on goat skin are examples. 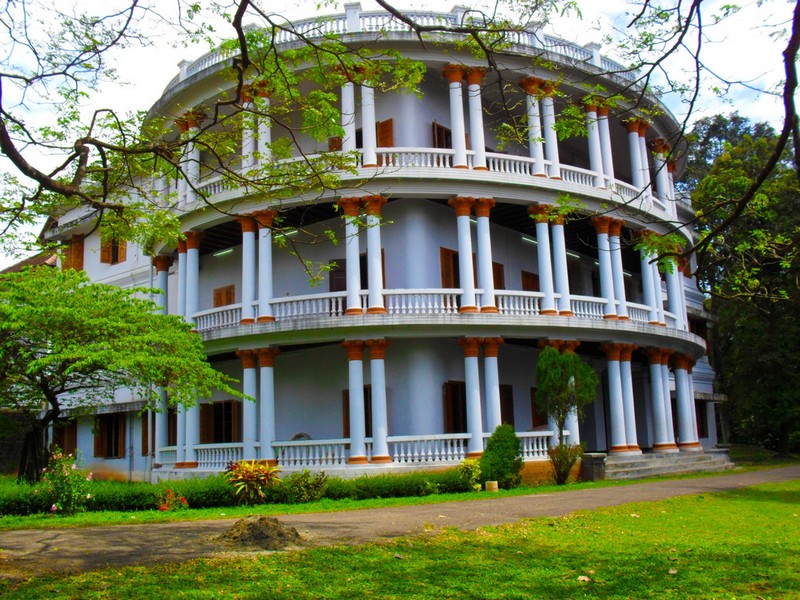 Also known as the Dutch Palace, the Mattancherry Palace is located in Kochi and was built by the Portuguese as a gift to the Raja of Cochin around the year 1555. The palace is a rich depiction of murals and the traditional culture of the royals of Kerala, featuring a number of exhibits, portraits and temple art exhibiting the lifestyle of the kings of Cochin around the period. 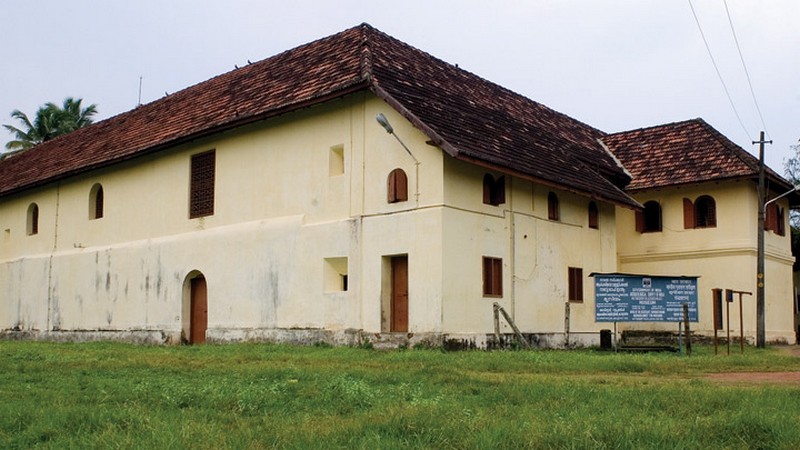 Mattancherry Palace Visiting hours: 1000 – 1700 hours on all days except Fridays.

The Paliam Dutch Palace is located in the district of Ernakulam in the village of Chennamangalam. The palace is believed to have been a safe house for the ministers of the royal family when security was under threat due to the Portuguese. It is also believed that the Raja stayed incognito in the palace himself. The palace was restored and gifted back to the ministers of Kerala by the Dutch in appreciation of their valiant efforts. The building features elaborate and intricate Dutch architecture with a number of fascinating elements present within. 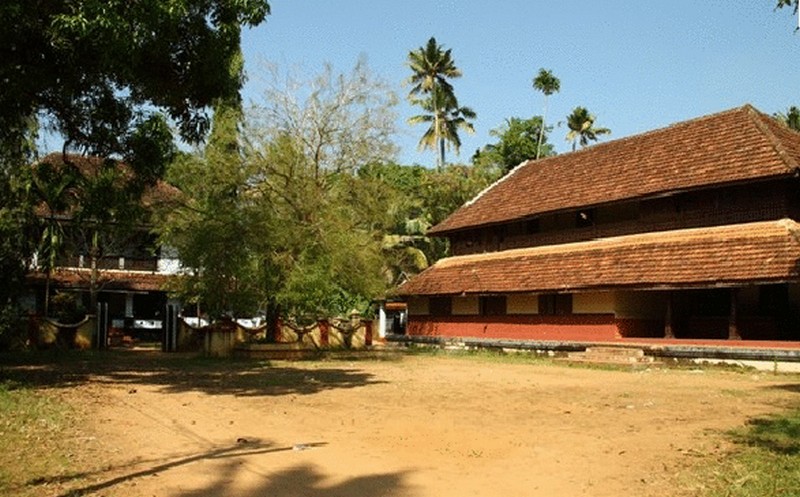 Located near Alappuzha, the Krishnapuram Palace is both a royal palace as well as a museum which was built in the 18th century. Featuring the traditional architectural style of Kerala, the structure is complete with dormer windows, garbled roofs and narrow corridors. The Archaeological Department of Kerala is responsible for the maintenance of the Krishnapuram Palace and the museum features exhibits of the royal palace, featuring the belongings of the occupants, elaborate artwork, traditional weapons and statues of deities. The palace also features underground escape routes and has a huge pond in front of it. 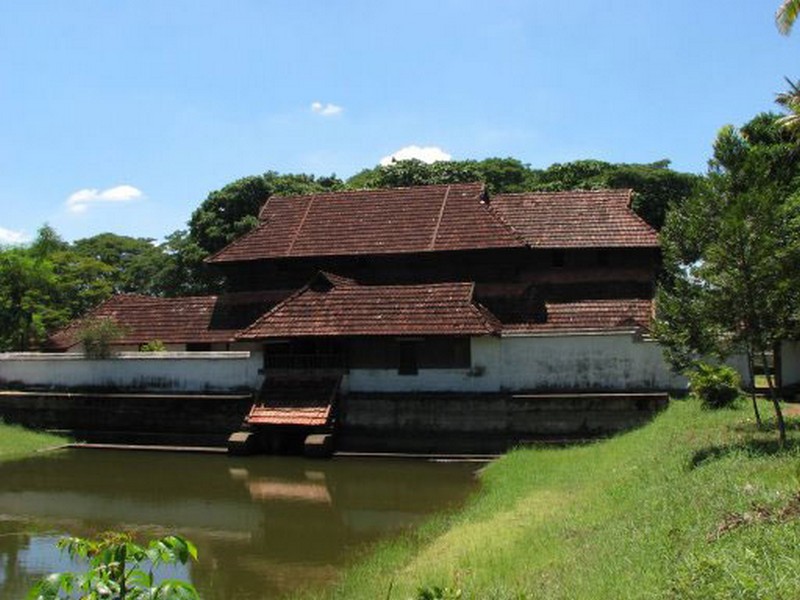 Krishnapuram Palace Visiting hours : 9.00 am to 5.00 pm on all days except Mondays.

Located in Thrissur, the Shakthan Thampuran Palace is also known as the Vadakkekara Palace and it features a mix of the architectural styles of the Dutch and of Kerala. Reconstructed in 1795, the palace is maintained by the Archaeological Department of the state and it was also made into a museum in the year 2005. Featuring extremely well built interiors, the palace would offer comfort to occupants and guests from the hot weather of Thrissur.

These are some of the palaces in Kerala that offer travelers a taste of the diversity of the culture of Kerala, while also providing a hint of the European flavor of architecture that was prevalent during the times. 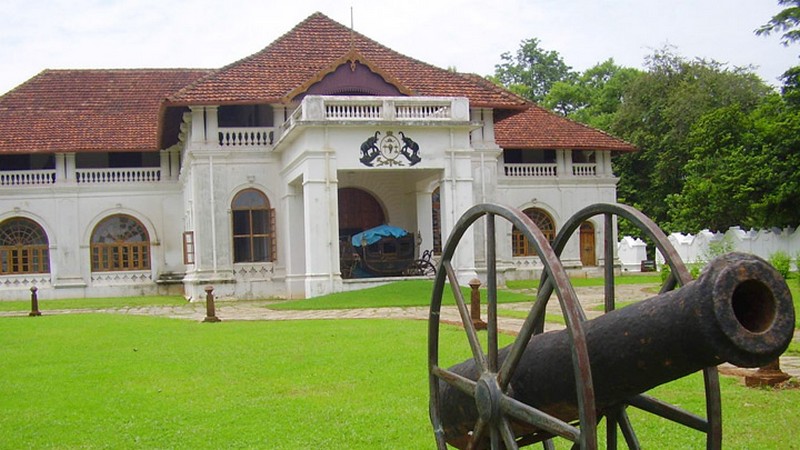 Shakthan Thampuran Palace Visiting Time: 10:00 AM – 5:00 PM on all days except Mondays.

Kilimanoor Palace is spread over 15 acres of land comprises the traditional residential structures of Kerala like the Nalukettu, small and medium sized buildings, ponds, wells and sacred groves and is where Raja Ravi Varma learnt basics of painting as a five-year-old. Raja Ravi Varma the renowned painter from Kerala and his birth palace, the Kilimanoor Palace holds a very special place in the hearts of those who love the fine art of painting. Ravi Varma is reckoned as a master painter of international repute from India. The inspiring settings and the palace lifestyle later became themes for some of his renowned works. 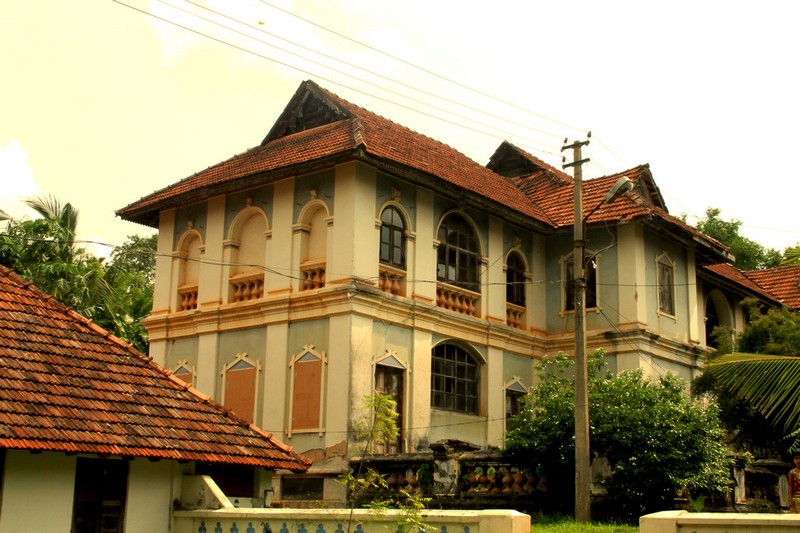 Koyikkal Palace is two storeyed with a nalukettu with an inner courtyard and slanting garbled roofs. The palace houses a Folklore Museum and a Numismatics Museum currently which showcases brass/copperware and wooden kitchenware .The artifacts inside the palace is representing the lifestyle of the Keralites during different periods.Numismatics Museum has rare and historically valuable collection is a vestige of the trade relation of Kerala in the bygone ages. 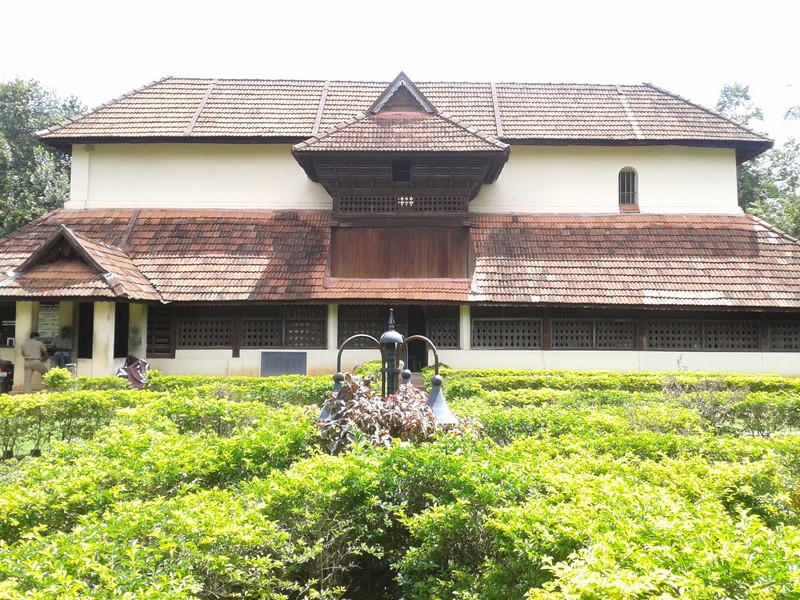 Padmanabhapuram Palace complex continues to be one of the best examples of traditional Kerala architecture, and some portions of the sprawling complex are also the hallmark of traditional Kerala style architecture. The palace is inside a fortress that is four kilometers long .The palace is located in Kanyakumari district of Tamil Nadu state but in the foothills of Veli Hills and is maintained by the Govt.of Kerala Archaeology Department. 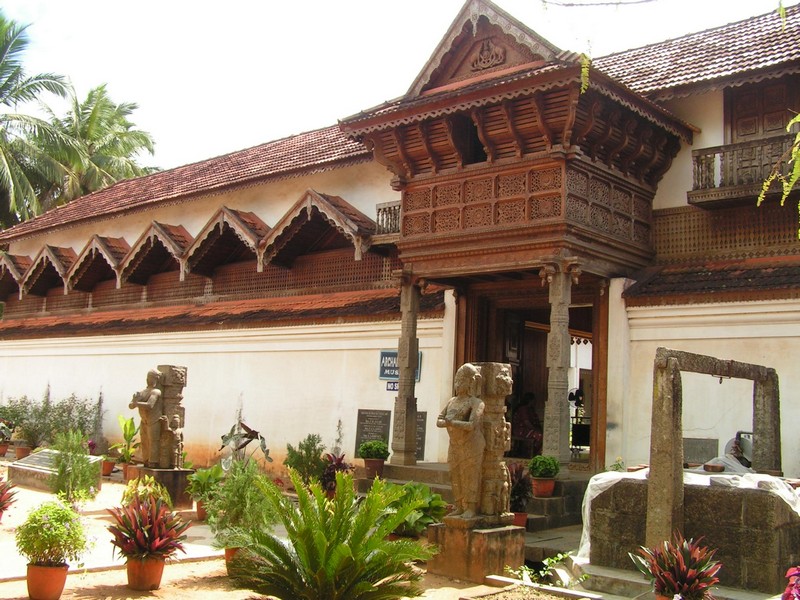 Padmanabhapuram Palace Visiting Time: 9:00 AM – 5:00 PM on all days except Mondays.

When you visit any of these palaces in Kerala , the visitor is often overwhelmed by the history , culture and the royal splendour and you can often see the windows with sooden designs, royal chairs with Chinese carvings, musical bow in mahogany and wonder at the aesthetics of the traditional Kerala architecture that mixes the best of Arabian, Persian , Dutch and other cultures which invaded Kerala that has incorporated many ideas in these buildings, with their own architectural style.